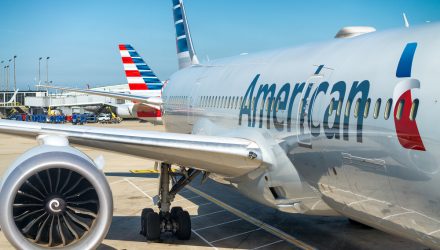 Airline ETF Has Been a Bargain Pick for Long-Term Investors

Investors who are looking into the airline sector-related exchange traded fund should consider the impact of COVID-19 on global airline industry and the potential long-term benefits of entering the market during a recovery period.

On the recent webcast, Airline ETF Sees Liftoff on Stock Rebound, Frank Holmes, CEO and Chief Investment Officer, U.S. Global Investors, highlighted the growing bullishness on the airline industry and how investors are taking a contrarian play against long-time value guru Warren Buffett, whom took a $2.7 billion loss on airlines during the panic sell. Specifically, Holmes argued that Buffett’s risk tolerance has diminished with the coronavirus and his increasing age. The investment guru has also been know to be wrong occasionally, such as with Amazon.com, bitcoin and gold, and airline stocks may be Buffett’s next big fumble.

Meanwhile, other investors have picked up where Buffett left off. As 70 days of consecutive inflows into the U.S. Global Jets ETF (NYSEArca: JETS), the lone ETF dedicated to airline stocks, helped the fund grow to $1 billion in assets under management. Traders may have seen this ETF as an easy-to-use way to get in on an oversold market – airline stocks were the most oversold since 9/11 when rising fears of terrorist threats sent travel stocks reeling. The U.S. Global JETS Index, which acts as the underlying benchmark for JETS, was trading at a 5.7 price-to-earnings as of the end of March, compared to the 14.5 P/E for the broader S&P 500 Industrials Index. Meanwhile, since Buffett announced he dumped carriers, the U.S. Global JETS Index has surged 50%.

However, unlike previous events, the White House has specifically provided targeted financial aid to the airline industry through the CARES Act – one in 15 jobs in the U.S. is airline related.

Airline stocks are also recovering on plans to increase flights as the coronavirus pandemic fears abate. For example, American Airlines shares jumped 41% on June 4 after it announced plans to add flights in July to accommodate the increased summer travel demand. According to Raymond James, Chinese Google flight searches in May have already begun to rebound. The number of daily U.S. commercial air passengers rose to a high of about 548,100 at the start of June, compared to the 87,500 low in mid-April.

Even during the pandemic, the airline industry was still pulling through. Instead of transporting passengers, many airliners shifted to cargo transportation. American Airlines used its Boeing 777 to carry medical supplies overseas, which marked its first cargo flight in 36 years.

Meanwhile, the costs for flights may have drastically decreased with lower jet fuel prices. For example, the same gallon that would have cost airlines $2.20 in January 2020 now costs about $1.00.

As a way to access the global airline industry, investors can look to the targeted U.S. Global Jets ETF. JETS follows the U.S. Global Jets Index, which uses fundamental screens to select airline companies, with an emphasis on domestic carriers, along with global aircraft manufacturers and airport companies.