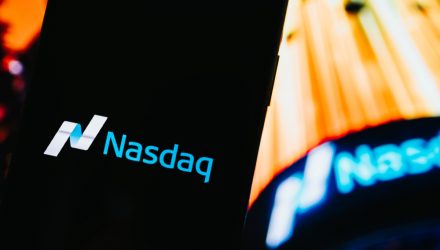 After an impressive run-up, exchange traded fund traders are dialing back their bets on high-growth stocks in the technology-heavy Nasdaq.

The popular triple-leveraged ProShares UltraPro QQQ (NasdaqGM: TQQQ) is on pace for one of its worst weeks of redemptions in a decade after surging more than 200% from its March low, Bloomberg reports. TQQQ has witnessed almost $500 million in net outflows over the past week, its largest weekly withdrawals since the leveraged ETF began trading in February 2010.

The ProShares UltraPro QQQ tries to reflect the daily investment results that correspond to three times or 300% of the daily performance of the NASDAQ-100 Index. The fund invests in financial instruments that ProShare Advisors believes, in combination, should produce daily returns consistent with the fund’s investment objective. The index includes 100 of the largest domestic and international non-financial companies listed on The Nasdaq Stock Market based on market capitalization.

Traders have dived into the mega-cap technology trade in recent months as many looked to companies with solid balance sheets and those that benefited from the new stay-at-home economy, which included tech names. The underlying Nasdaq-100 includes heavy tilts toward many prominent names in the space, including Microsoft, Apple, Amazon, and Google’s Alphabet.

As the Nasdaq-100 pushes towards one of its best annual gains in the past two decades, some are wary that the rally can still have legs.

“The outflows here look like classic profit-taking from an ETF that has been in money printing machine mode for about three months straight,” Eric Balchunas, an ETF analyst for Bloomberg Intelligence, said. “These traders know not to push their luck, which is the key to not losing your shirt with exotic ETFs.”

On the other hand, some are hedging bets with inverse or bearish ETF strategies. For example, the ProShares UltraShort QQQ ETF (NYSEArca: QID) tracks the double inverse or -200% performance of the Nasdaq-100, and the ProShares UltraPro Short QQQ ETF (NasdaqGM: SQQQ) reflects the triple inverse or -300% of the Nasdaq-100. Over the past week, SQQQ brought in $251 million in net inflows and QID attracted $17.5 million, according to XTF data.