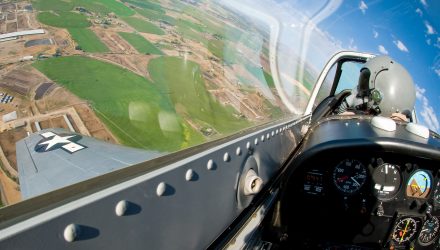 “Defense stocks usually perform well even in times of peace, because defense spending rarely drops. This year, operations in Syria and Iraq against ISIS are winding down, but North Korea’s fast-moving missile program poses new security threats for the U.S. and its allies. U.S. forces remain in battle against the Taliban in Afghanistan,” according to IBD.

President Trump has previously ignited the fire under the aerospace and defense sector after stating that the U.S. was ready to respond with “fire and fury” in the wake of reports that Pyongyang successfully miniaturized a nuclear weapon to fit in one of its missiles.