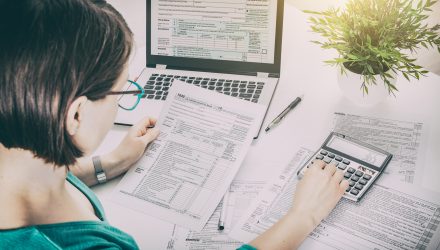 FlexShares Exchange-Traded Funds (ETFs) announced the results of their second annual financial advisor wellness survey, which found that advisors are 23 percent more stressed than the national average, which is down only slightly from last year’s 25 percent, but nonetheless remain overwhelmingly satisfied with their career choice. Advisors reported 79 percent job satisfaction overall, with advisors who manage over $250 million in assets reporting 12 percent higher satisfaction than their peers with fewer assets under management.

The survey of over 600 advisors found that challenges associated with growing their practices (27 percent) and compliance and regulatory issues (19 percent) continue to be the top stress inducers, with nearly half of those surveyed citing these as their primary sources of work-related stress. However, new sources of stress arose in 2018 as well, including political uncertainty and market volatility.

Advisors ranked ‘political uncertainty,’ a new choice in the survey this year, as the top source of stress behind compliance and client growth at 18.5 percent and 27.2 percent respectively. Furthermore, while the state of the markets ranked relatively low on advisors’ list of stress-inducers for 2017, it increased by almost 19 percent in 2018.

“Despite growing pressures posed by factors outside of advisors’ control, like political risk and market volatility, advisors remain highly satisfied with their career choice,” said Darek Wojnar, Head of Funds and Managed Accounts. “To maintain this level of satisfaction potentially heading into an increasingly volatile market, it’s critical for advisors to seek out investment solutions that can meet their investment and business goals over the long-term and to devote the time needed to create an exceptional client experience.”

New to the study this year, FlexShares further analyzed specific areas of stress and the breakdown of results across the advisor space. They found that advisor stress levels varied based on the type of firm and services offered, particularly in response to certain areas such as fees and regulation.

RIA respondents indicated fee and margin pressure as the least concerning business stressor compared to their peers, whereas regional advisory firms reported the highest levels of stress in that area. Furthermore, in an open-ended question about stress related to regulatory changes, RIAs were more likely to describe these changes as “not stressful,” compared to wirehouse advisors who described new regulation as posing “business risks” and “interfering with client perceptions.”