You are at:Home»Advisor Solutions Channel»Wisdom Tree CEO: The Future of Asset Management 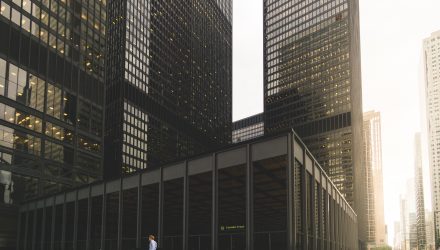 In our latest “Behind the Markets” podcast, we had a special guest joining us at our Wharton studio: the CEO and founder of WisdomTree, Jonathan Steinberg. We discussed Jono’s story from his days at Wharton to his founding of WisdomTree and where he sees the future of asset management and WisdomTree’s place in it.

Wharton was of great importance to Jono and his family, especially to his father, Saul Steinberg. At Wharton, Saul discovered the idea to disrupt IBM in the computer-leasing business in one of his classes. This inspired him to give back to the university over the years.

Jono ended up leaving Wharton in 1986 to join Bear Stearns full time when he had the idea to break up Xerox. Jono parlayed his Bear Stearns experience into buying a financial media company that published the Individual Investor magazine, which was the genesis of WisdomTree as it exists today.

A Passion for Research

Jono discovered investing and finance as a young boy—he remembers thinking about investing and what makes a successful business back when he was 7 years old. His father had very early success, bringing a company public as CEO at 25 years old. This helped inspire Jono to dream big—he always saw himself running a financial services company.

Jono told a story of how prior to his dad’s prodding of the Securities and Exchange Commission, there had never been a public database of SEC disclosures and filings. Jono was thus instilled with a passion for financial information and research, and his Individual Investor magazine was a place for independent stock research. The company was also one place he connected with a Wharton alum, Professor Jeremy Siegel, who was a columnist for the magazine for many years.

Jono described one of the primary strengths of WisdomTree as the employee base and team, which he believes is the most-senior exchange-traded fund (ETF) team with the most collective years working together in the industry. The company has won awards for being one of the “Best Places to Work” in the asset management industry three years in a row. Jono says, “Only hire happy people—people comfortable in their own skin.”

One of the unique things Jono implemented to help retain employees is the institution of a 10-year sabbatical program to help recharge employees who have been there for a significant period and give them time with their families. Jono wants to win for three audiences: WisdomTree Investments shareholders, our ETF investors and his employees.

Professor Siegel described his attraction to joining Jono as a result of the research he was working on separately in the aftermath of the tech bubble, when he became more dissatisfied with a strict market capitalization-weighted approach.

In his book, The Future for Investors, Prof. Siegel counsels investors to employ the “D-I-V” directives, which means to be 50% tied to cap-weighted indexes and 50% in return-enhancing strategies, with those return enhancements coming from tilting to D for high-dividend yieldstocks, I for international—with an emphasis on the emerging markets and the growth potential there—and V for low-P/E value stocks.

When you look at WisdomTree’s inception and the 20 funds that launched in June 2006—with 14 of the 20 funds covering the international markets, all with an emphasis on relative value rebalancing—there was a synergy all along with the professor’s beliefs and WisdomTree’s innovative indexing approach.

Diversifying the Asset Base and Firm

Many of the critics of WisdomTree point to a concentrated asset base, with large funds operating in the currency-hedged space. Jono described one of the motivations for the acquisition agreement for ETF Securities’ exchange-traded commodity, currency and short-and-leveraged business as diversifying the asset base of WisdomTree into commodities, and he sees the combined firm being the second most diversified global ETF provider after iShares, with 40% of assets coming from outside of the United States. Jono also believes that no asset manager gets large without large funds, so most asset managers will have some type of concentration risk that is unavoidable.

Jono sees two types of investors—online, self-directed investors who have a real passion for controlling their own investments, and another segment, those who do not enjoy it and feel as though going to their financial advisor is just as painful as going to the dentist.