You are at:Home»Advisor Solutions Channel»Why You Should Focus on Risk, Not Reward 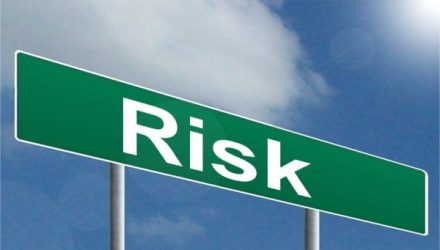 Why You Should Focus on Risk, Not Reward

A common theme of this blog has been that the assumption of more risk does not go hand-in-hand with the reaping of greater rewards. In fact, if anything, the opposite has been true historically, both in equity markets and in fixed income. Experience has shown again and again that, for example, higher returns have emanated from lower-volatility stocks, and higher quality bonds have tended to outperform those of lower credit quality. In both instances, – whether risk is defined by volatility (yes, volatility can be a risk), drawdowns, or total loss, – the more conservative option has generally performed better.

Related: Surprises Your Clients Must Avoid As They Near Long-Term Care

This paradox, which in essence is that a defensive mindset often trumps an aggressive one, can be observed elsewhere in life, particularly in many instances throughout military history. A particularly glaring example comes from the arms race leading up to World War I, when rival nations Great Britain and Imperial Germany focused on very different things as they made trade-offs in the design of their battleships, with stark differences in terms of balance among speed, armament, and armor plating. The British Royal Navy adopted a very aggressive posture, deciding to sacrifice armor plating in favor of speed and armament, while the German Imperial Navy’s focus was decidedly defensive-minded, focusing instead on ruggedness and survivability.

In his magnificent The Great War: A Combat History of the First World War, historian Peter Hart sums up the British attitude by quoting First Sea Lord Sir John Fisher, who was a proponent of speed and hitting power above all else:

“The first desideratum of all is speed! You fools don’t see it – they are always running about to see where they can put on a little more armour! To make it safer! You don’t go into battle to be safe! No, you go into battle to hit the other fellow in the eye first so that he can’t see you! Yes! You hit him first, you hit him hard, and you keep on hitting. That’s your safety!”

Mr. Hart goes on to describe how, obsessed with increasing their rate of fire, British naval crews were taking, in Mr. Hart’s words, ‘suicidal risks,’ such as propping open magazine doors and accumulating cordite charges in large piles for easy access, all of which went against basic damage control protocols in the event the ship’s armor was penetrated by enemy shells.

In marked contrast, the German philosophy was focused on armor protection with the idea that the more damage their ships could sustain, the more likely it was that they would outlast their more lightly armored British opponents. Given the rudimentary aiming technologies of the day, scoring lethal hits was somewhat a matter of volume, so the longer a ship was serviceable in a fight, the more likely it was to deliver knockout blows.