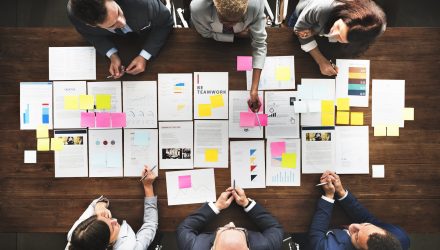 Why it Could be Time to Revisit Small-Cap ETFs

For much of the first three quarters of this year, small-cap stocks and the related exchange traded funds were topping large-cap rivals. That theme was dealt a severe blow last month as a variety of small-cap benchmarks tumbled.

The iShares Russell 2000 ETF (NYSEArca: IWM), the largest small-cap ETF by assets, now resides more than 8% below its recently set 52-week high, but some market observers believe the recent small-cap slide could soon give way to more upside.

“The Relative Strength Indicator (RSI), which is a popular technical analysis tool, is now signaling that IWM is oversold,” according to Schaeffer’s Investment Research. “These popular indicators don’t often hold up to scrutiny when you look at historical results. That’s what I’m going to do here with the RSI and IWM. I’ll look at historical oversold signals to see if the numbers do, in fact, support the notion that the IWM is oversold and presenting a buying opportunity.”

As Schaeffer’s notes, since IWM debuted in 2000, there have been 26 other times its RSI dipped below 30, indicating oversold conditions. The fund’s average one- and three-month returns following those instances are 3.22% and 7.96%, respectively, according to Schaeffer’s data.