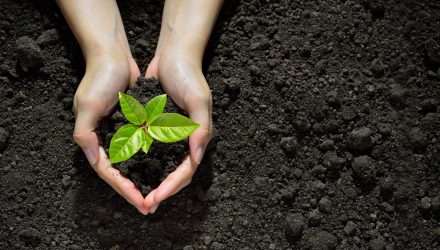 Dividend growth investing is not for everyone. It is a specific style of investing that focuses on finding high quality businesses that have the ability to increase dividend payments year after year.

There is a select group of dividend paying companies that have paid increasing dividends for 25 or more years in a row. These businesses have proven they have a durable competitive advantage that allows them to grow revenue, earnings, and dividends year after year.

Many of these businesses are household names; companies like Wal-Mart, Coca-Cola, Johnson & Johnson and PepsiCo have all paid out increasing dividends well over 25 years in a row.

The Dividend Aristocrat Index is comprised of businesses with 25 or more years of consecutive dividend increases and that meet certain size and liquidity requirements.

The index has historically outperformed the S&P 500 by an average of 2.29 percentage points each year over the last decade. Surprisingly, the outperformance came with a reduction in risk. The Dividend Aristocrat Index has a 10 year standard deviation of 13.57% versus 14.69% for the S&P500

. It is rare in the investment world to find a strategy that yields higher returns while simultaneously reducing risk. Historically, investing in high quality businesses with a long history of dividend increases has done just that.

All of his Top 7 positions (by percentage of portfolio) pay rising dividends. Four of his top 7 positions are Dividend Aristocrats with multi-decade streaks of dividend increases. These four holdings are:

Why is this so? Wonderful companies compound wealth over time, while fair companies may have short-term gains but lack the deep competitive advantage required to fend off competition and generate above average returns for decades.

Only the best businesses in the world have built such strong competitive advantages. A short cut to finding these businesses is to analyze their history of dividend growth. It is not possible for a mediocre business to raise its dividend each year for 25 years in a row as it doesn’t have the ability to grow earnings year after year.

Only a business with a strong competitive advantage can grow revenue, earnings, and dividends year after year. So what does Warren Buffett say about how long to hold a wonderful company after purchase?

“My favorite holding period is forever”

Warren Buffett argues that wonderful businesses compound your wealth year after year, and therefore should not be sold. The caveat to this is when/if the company loses its competitive advantage.

Alternatively, if a business is significantly overvalued it might be a good time to sell as well because the market is willing to pay significantly more value than the underlying value of the business.

The two stocks analyzed in this article are Coca-Cola and Wal-Mart. Both businesses have a long history of profitable growth and have well recognized brands to most US consumers. Both companies will be analyzed qualitatively, then quantitatively.

Wal-Mart is the world’s largest discount retailer with a market cap of $244 billion. The company trades at a P/E ratio of under 16, which is significantly lower than its competitors.

Wal-Mart’s future growth will come from further penetration into emerging markets, new store concepts in the US, and through global e-Commerce growth.

The company grew international sales by 5.3% year over year on a constant currency basis in its most recent quarter. Wal-Mart should continue to grow internationally as it uses its strong cash flows to build more stores in faster growing emerging markets.

Following Wal-Mart’s success with smaller stores, it has unveiled a new concept. Wal-Mart’s new express store layout is about one-tenth the size of its super center stores. The express stores will have gas stations, a drug store, and a dollar store style general merchandise area.

Wal-Mart’s size and scale advantage will give its new express stores lower prices than competing dollar stores. Wal-Mart plans to open about 90 new locations in fiscal 2015. Wal-Mart US CEO Greg Foran said they have seen “continued solid comp sales performance” out of Wal-Mart express stores during the company’s conference call.