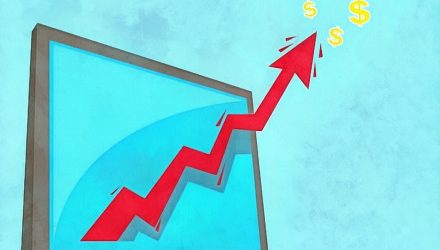 Income inequality is on the rise in many countries, but is it due to earned wealth, or inherited wealth—and should policy makers be trying to stop it? Chicago Booth’s Eric Zwick and Luigi Zingales, along with Gabriel Zucman of the University of California, Berkeley, join Hal Weitzman to discuss the forces driving the phenomenon, as well as the political and economic ramifications greater inequality could have.

Related: Survival Tools for the Next Bear Market

Income inequality is increasing in most big developed economies but those at the very top they’re mainly because they are getting paid more or are they increasingly collecting the proceeds of their accumulated wealth. And do we need policy changes to address the phenomenon. Welcome to the big question. The monthly video series from Chicago Booth review how Weitzman. With me to discuss the issue is an expert panel. Eric Zwick is an assistant professor of finance at Chicago Booth. He studies the interaction between public policy and corporate behavior with a focus on fiscal stimulus taxation and housing policy. Gabriel Zuckerman is an assistant professor of economics at the University of California Berkeley. He’s the author of The Hidden Wealth Of Nations The Scourge Of Tax Havens and Luigi Zingales is the Robert C. McCormack distinguished service professor of entrepreneurship and finance and director of the Stiegler Center at Chicago Booth. He’s also the co host of the podcast capitalism panel. Welcome to the big question. Let me start with you. When we say top incomes top income inequality what do we mean by topping them. You have to be at the very top in the United States yet so I think one of the really useful things for this debate is to be very precise about the object we’re trying to study. Why in the U.S.. I’ll give you the number from the top of my head for 2014 which is the top 1 percent of fiscal income which is the object that and my research I’ve been focused on which is data that you observe and tax returns.

The top 1 percent roughly one and a half million tax units. So combination of married and single filers who have a collective income of over four hundred thousand dollars roughly excluding realized capital gains than the top point one percent is going to be 160000 units. So they’re going to have income over one point five million and and topoint or one percent is going to have income between 10 15 depending on how you cut things up and that’s going to be about 16000 tax units in the U.S. The brighter the very top the point 0 1 percent. It’s 16000 16000. OK. And what evidence do we have about about how those groups are becoming more unequal diverging over time. Yes so within those groups income inequality or are their share of total income has been going up over the last 30 years with roughly equal contribution to kind of the share of income within the top 1 percent going to the one to point one the point one to point out one and the point one although of course per person because the point 0 1 is such a small group you know they’re getting a lot more income. So there is a sense in which it’s concentrating more at the very top. OK. Well what evidence do you use that shows the same kind of phenomena that concentration at the very top tax data. The most important source of information because everybody has to fight. Almost everybody has to fight a tax return and so you can study the wealthy using tax data. But for measuring certain things they go the destruction of income after government intervention after government transfers and taxes.

You need to look at Silver data as well in recent research with the mobility and it many say as we try to combine the information that’s out there so tax data survey data national accounts data into macroeconomic statistics to have a kind of comprehensive picture of how GDP or national income the total output and income of the countries distributes it. And when you do that what you see is that you know there’s been a dramatic change in the way since the 1980s in nineteen eighty one percent and about 10 percent of total national income.