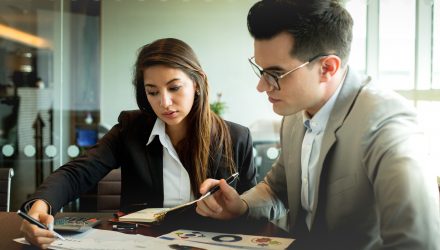 On last week’s “Behind the Markets” podcast, my co-host, Wesley Gray, CEO of Alpha Architect, and I had the opportunity to speak with ETF guru and ETF-IQ TV host Eric Balchunas.

Balchunas discussed his transition at Bloomberg from the data team, where he had been for 16 years, to the research team and the TV anchor chair. He does an amazing job of explaining ETFs in very clear language spiced with metaphors to connect ideas for people.

Balchunas is a passionate advocate for the industry—describing how the ETF structure itself has five enhancements that set it apart from other asset management structures.

Balchunas’ role in research and TV anchoring at Bloomberg entails writing and talking about ETFs, where he clearly has superior communication skills. Some highlights of his style from our conversation:

How Balchunas views Twitter as a communication engine to hone your craft: Balchunas said Twitter posts and debates are like Eminem’s rap battle in the movie Eight Mile, whereas LinkedIn is like a country club.

Twitter is where you take the toughest heat in a conversation, and if your argument can withstand Twitter, Balchunas believes you can hang anywhere on that topic.

Balchunas pointed to an article with the headline “ETFs Are Weapons of Mass Destruction,” but the story was planted by an active manager who had been underperforming a passive benchmark. Balchunas said this article’s headline should have read, “Disgruntled and Poorly Performing Active Manager Underperforms ETFs.”

This is something he sees over and over, and he labeled this category “Some worry,” as that is the headline planted by disgruntled people being hurt by the success of ETFs.