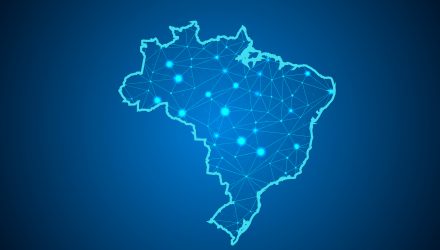 What Brazil’s Election Means For Investors

Brazilian stocks and the iShares MSCI Brazil Capped ETF (NYSEArca: EWZ) retreated Thursday as global markets pulled back, but EWZ has recently been one of the best-performing single-country exchange traded funds.

The largest Brazil ETF was soaring in recent weeks ahead of the Oct. 7 first round presidential election, a move that extended Monday after far-right presidential candidate, Jair Bolsonaro, took a commanding lead. The controversial Bolsonaro did not get the 50% of the vote required to avoid a runoff. He heads to an Oct. 28 runoff election against Fernando Haddad of the left wing PT party.

“We see Bolsonaro’s unexpectedly strong showing in the first round leading to a near-term rally in Brazilian assets, given his economic team’s perceived market-friendly orientation,” said BlackRock in a note out Wednesday. “We believe Brazilian assets’ longer-term prospects will hinge on the new government’s ability to implement reforms.”

Bolsonaro is seen as a market friendly contender due to his favorable economic platform. The presidential candidate wants the Brazilian central bank to be more independent and to privatize state-run companies. He has also pledged to take a tough stance against corruption.

Bolsonaro has made bold promises. Assuming he is declared the winner later this month, it may be difficult to implement his ambitious agenda amid Brazil’s fracture, volatile political system.

“Bolsonaro has promised to tackle Brazil’s debt problem through pension reform, halving the number of government ministries, and extending privatizations,” according to BlackRock. “A Bolsonaro administration would need congressional support to tackle such a reform agenda. Gaining such support would be no easy task given the 35 parties in Brazil’s political system, but Bolsonaro’s party had a stronger than expected showing on Sunday, becoming the second largest party in the lower house.”