You are at:Home»Advisor Solutions Channel»Wealth Building: Has the World Changed? 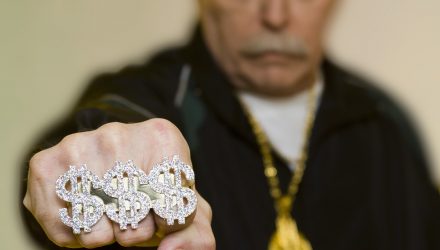 Wealth Building: Has the World Changed?

The world is changing at rapid speeds but has wealth building strategy changed along with it? Here’s a look into the past, the present, and the future.

On one hand, I read about the low percentage of the population that maintains an adequate cash emergency fund. Here is another, the low net worth of the average US household relative to their retirement needs. Yet, it seems like most people have plenty of money.

When I’m out in the world, shopping areas are crowded with folks spending money. Restaurants around my town are pretty packed. Delivery services buzz my neighborhood all week delivering online purchases. Additionally, the 2017 holiday shopping season produced record sales.

Here’s another example that goes back a few years. I was at an expensive restaurant in 2010 for a business meeting on a Wednesday night. I was surprised how crowded the restaurant was. The tables were full of families of four to six people including kids. They were racking up several hundred dollar tabs with drinks, appetizers, dinner, tax and tip.

That may not seem like a big deal, but remember it was 2010. It was right after the greatest recession and financial crisis of our lifetimes. Unemployment was at generational highs. Young adults graduating college had high debt and bleak employment prospects. One or both of their parents possibly suffered a job loss during the downturn.

I remember thinking to myself that night. “If we just endured an economic crisis, what does prosperity look like?” By the way, I was downsized from my employer a few months later.

For all the negative stuff you hear, my personal observations suggest we are a very wealthy society compared to the past.

My Parent’s Generation Came From Nothing

Here’s why I think that. My mom and dad were both born in 1928 about a year before the 10 years spanning the great depression.

My grandfather on my Dad’s side used to tell a story about one Christmas he remembered in the 1930’s. He was out of work and had little money. He was distraught that he couldn’t provide Christmas for his family which included my Dad and his younger sister.

One day, as my grandfather told it, he was pounding the pavement looking for work when he found a $5 bill on the ground. He was elated. It meant there would be a Christmas that year. That’s right, I said elated over finding $5 to provide Christmas for his family! If that ain’t poor, I don’t know what is.

My Mother grew up on a small farm just outside of the town my Dad was raised in. She was the youngest of 9 children. Her father raised some crops to sell each harvest. They had chickens that produced eggs for sale and a garden that provided vegetables to eat in summer or to be canned for the winter. Between the chickens and a few cows, they had meat to slaughter. They pretty much lived off the land with an occasional trip to the store.