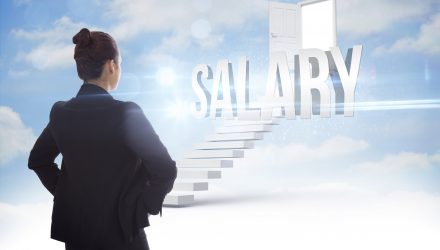 Wages: Same as it Ever Was?

With the second jobs report for 2018 now in the books, investors have once again witnessed a similar tale: solid job growth but no real progress on the wage front.

This dynamic has certainly perplexed the money and bond markets, and I’m sure Federal Reserve (Fed) chair Jerome Powell was scratching his head as well. In fact, from a purely domestic fundamental standpoint, how this year’s trend for wages pans out will also help shape where U.S. Treasury (UST) yields will reside as 2018 plays out.

There is certainly no disputing the fact that job creation has been an economic bright spot, resulting in historically low levels of unemployment.

The February jobs report did not disappoint on either of these fronts, as total nonfarm payrolls rose by 313,000, or more than 100,000 above consensus forecasts and the best reading since July 2016. Over the last three months, the average pace of payroll gains has come in at +242,000, versus +182,000 per month for all of last year.

The jobless rate remained at 4.1% for the fifth consecutive month, which is the low watermark for this expansion. The alternate measure of job creation, civilian employment, has been surging thus far in 2018, producing a two-month average of just under +600,000.