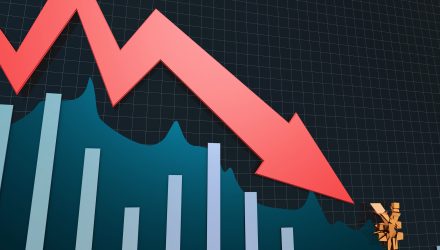 After posting a 500-point gain on Tuesday, volatility reigned on Wednesday as the Dow Jones Industrial Average fell over 250 points as third-quarter earnings season continues. Netflix (etftrends.com/quote/NFLX) handily beat analyst expectations, but it wasn’t enough to tow the Dow out of the red.

Netflix’s earnings per share of 89 cents bested the 69-cent estimate of analysts, while subscriber additions came in at 6.96 million–1.09 million additions domestically versus the 673,800 estimated and 5.87 million added internationally versus estimates of 4.46 million.

“We’re getting a little better on the forecasting,” said Netflix CEO Reed Hastings. “I think by focusing going forward on paid [net adds]we’ll be able to be a little more accurate and focus on the fundamentals.”

Netflix will turn inwards and begin relying on producing its own original content as opposed to licensing external content. Analysts feel this is the best option going forward for the video streaming giant in terms of sustaining its business model.

“Our own original shows tend to be more valuable than licensing someone else’s shows in later windows,” Chief Content Officer Ted Sarandos told analysts. “So when we invest in an original show, we find, we’re having a better payback in terms of people watching and appreciating Netflix and valuing their subscription. So that’s why we’re leaning in that way.”