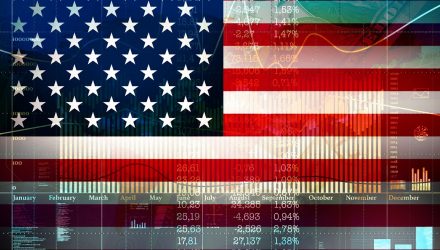 Amid the rapid growth of passively managed index and ETFs, the U.S. Federal Trade Commission held a hearing on whether asset mangers’ stakes in company stocks hurt consumers, but prominent players are fighting back.

Late last year, the FTC discussed a theory called common ownership, which suggested that if investors own shares across a range of companies in the same industry, the managers of those companies have less incentives to invest in new products or services or try to entice customers from rivals, essentially becoming less competitive, the Financial Times reports.

In response, many industry experts, including the likes of BlackRock, State Street Global Advisors and others, have urged the regulator to reject an academic proposal that would restrict investor ownership of a maximum 1% of an industry or just one company within each industry.

The growth of passive index-based strategies

The debate over common ownership has intensified in recent years, following the growth of passive index-based strategies and ETFs. For example, BlackRock, Vanguard and State Street Global Advisors, the three large index-based fund providers, have average combined stakes of 15% in the top four U.S. airlines, an industry that has been accused of keeping prices higher than they should be.

State Street Global Advisors contend that such a proposal from U.S. regulators would hurt consumers by “eliminat[ing]index funds as we know them, increasing the cost of investing and depriving millions of Americans of what has become a key component of their retirement and other savings”.

Others warn that retail investors would be unable to diversify and manage risk if the company stock cap were enacted, and that traders would experience higher volatility.

“Handicapping an industry that delivers benefits of this magnitude, on weak evidence of an ill-defined problem, strikes us as a bridge too far,” Craig Lazzara, managing director of index investment strategy at S&P Dow Jones Indices, said in a note.