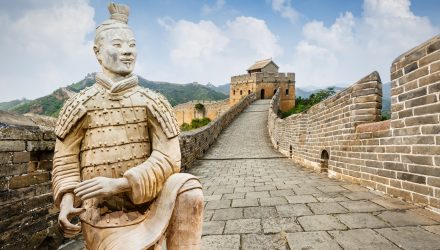 The Outlook for China

China’s financial reforms could lead to the increasing prominence of China in emerging market indexes as well as global investor portfolios. But does your benchmark provide a broad coverage of Chinese equities?

We worked with S&P to license the S&P China 500 Index, which provides exposure to all flavors of Chinese equities. Our Director of Research, Jeremy Schwartz, sat down with Michael Orzano, S&P’s senior director of global equity indexes, to take a closer look at the S&P China 500 Index. Here is a quick excerpt from their conversation, with the full video below.

Q: What is the macro outlook of some of the key factors driving the Chinese economy, and then, with those factors, what’s your outlook given the current dynamics?

Jeremy Schwartz: China is really the epicenter of global growth, both long run and short run. You saw a lot of optimism in 2017—emerging markets performing well. A lot of it’s on the back of Chinese investment in infrastructure ahead of their 19th Party Congress that they just had in October. Now, China is generally trying to transition long run from an investment-led economy to a consumer-led economy.

You can see the investment buildup, massive construction over the years, big buildings everywhere. You could see an example just through high-speed rail. They have more high-speed railways than the rest of the world combined. But they really do want to emphasize a sort of new China and a consumer-driven China. And you can see remarkable progress.

In the long run, when investors think about their portfolios, one of the big questions is whether they have enough representation of exposure to China. It’s been hard to access before. But they’re opening up to foreigners. And that hopefully should give people more of a reason to look at China as part of their global portfolio.

Q: What are some of the unique challenges that people trying to access Chinese markets need to confront? And how does the S&P China 500 Index help alleviate some of those challenges?

Michael Orzano: Given its legacy of capital controls in China, what I call a segmented-equity market developed where companies, a lot of companies, decided to list their shares offshore in order to have access to global capital markets. And then there are also companies listed onshore known as A-shares that are accessible to mainland Chinese investors.