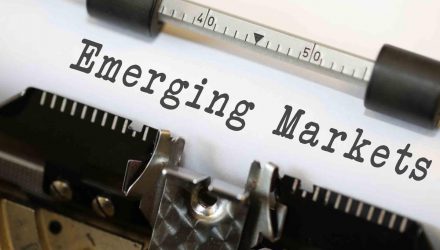 Telltale Signs of Growth in the Current Cycle

After nearly a decade of loose monetary policy, we entered a phase of monetary tightening in December 2015 when the Federal Reserve (Fed) hiked interest rates for the first time in about a decade. The world depends on greenbacks, which fuel trade everywhere from New York to New Delhi and from London to Macau. More than half of all global cross-border debt is issued in dollars, and they make up almost two-thirds of global central bank reserves (Source: Bank of International Settlement, Economist as of 05/31/2018). When the U.S. Federal Reserve changes course, it’s an event investors can’t ignore.

Related: Selloff in Emerging Markets Will Only Get Worse

For starters, I want to debunk this notion that the Fed hiking path will universally lead to a stronger dollar and that this has been bad news for emerging markets (EM). As the exhibit below shows, in the last four out of five cycles when the Fed hiked rates, EM actually rallied and outperformed the S&P 500, while the MSCI EAFE did so twice. The correlation between Fed hikes and weaker international equities is weak at best.

For definitions of terms in the chart, please visit our glossary.

Now, let’s focus more locally and check for countries that have outperformed. In the exhibits below, I look at companies, both large and small caps, in the top five developed and developing economies to focus on where maximum growth happened.

I evaluated the proportion of large-cap companies (market cap greater than $2 billion) that showed strong growth by increasing book value by more than 50% over the last three years. Similarly, I also looked for the proportion of small-cap companies (less than $2 billion market cap) that made positive cash flows and generated profits, again over the last three years. 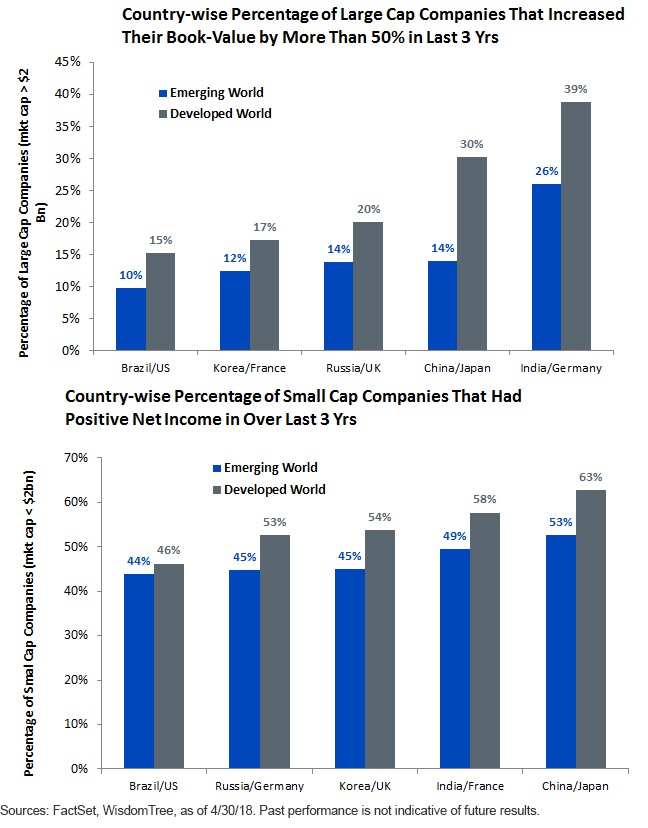 Next, let’s look at what, in my opinion, helped these companies.

To explore why certain countries did better than others, I show a rather simple chart of economic growth trends projected by the IMF.