You are at:Home»Advisor Solutions Channel»Tax-Efficient Charitable Giving from your IRA 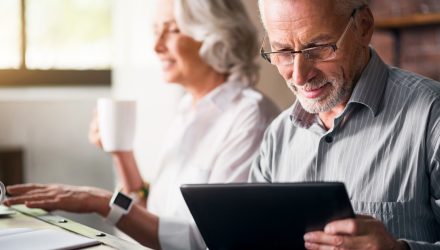 Tax-Efficient Charitable Giving from your IRA

You may have noticed with the new tax law that was passed for 2018, there was a significant change to the standard deduction. At first glance, even the topic of standard deductions seems very tax-tech-y, and something that many folks don’t pay attention to at all. But hidden in the details is something that may be of interest: a better, more tax-efficient way of charitable giving, using your IRA.

Granted, this is not going to apply to everyone. There are some restrictive rules in place. Specifically, you must have an IRA, and you must be at least 70½ years old, subject to Required Minimum Distributions (RMDs). And, you must be in a position where you are inclined to make charitable contributions. You may have made such contributions in the past, but probably not in the manner I’m talking about. Chances are, you probably made out a check to your chosen charity, and then when you did your income taxes you itemized the amount for deduction from your income. This is usually done with a form called Schedule A, which is attached to your standard Form 1040 tax return.

So, with those items added together with your charitable contributions, it’s quite possible for many taxpayers to breach the standard deduction amount and qualify to itemize.

But for 2018, the standard deduction for the same married couple, over age 65, will be $26,600 – an increase of more than $11,000 over the 2017 amount. (There are many other changes to the tax laws including the elimination of personal exemptions that makes this increase less valuable, but that’s a topic for another time.) Because of the new amount, along with some limitations that have been put in place on certain itemized deductions, many if not most taxpayers will be using the standard deduction for the first time in 2018.

With this in mind – you might wonder about whether it’s worthwhile to make those charitable contributions any more… after all, if you can’t itemize, those contributions won’t help your tax situation out, so why bother? (Many charities are looking at this as well and are quite concerned!) Hopefully, you were planning your usual support of the charity, just not getting the tax benefit from it like you have in the past.

But what if there was a way to be tax-efficient with your charitable giving? If you meet the restrictions I mentioned above (at least 70½ years old, and subject to RMDs from your IRA), you have exclusive access to a very tax-efficient way of charitable giving from your IRA. It’s called a Qualified Charitable Distribution (QCD), and it’s been around for quite a while – but I suspect it will become more popular with the changes in the tax law.

Charitable Giving from Your IRA

Below is a partly-fictitious interaction that I had with my father. You need to know that he’s far better looking in real life than I can make him look with my writing, for example. We had a similar discussion but I’ve fleshed this out much more and included purely made up figures to simplify the example.

Me: So, have you noticed the changes to the standard deduction from the new tax law? Probably won’t have to itemize your deductions this time around…

Dad: Yeah, we’ll still make the same charitable contributions we have in the past – but losing that deduction along with all the other changes will be hard to swallow. (See, I couldn’t make him look as dignified in writing as he really is. Try to cope with it.)

Me: Well, did you know there’s another way you can make those contributions, and still get benefit on your tax return? It’s called a Qualified Charitable Distribution (QCD).

Dad: I’ve heard of that, but never bothered to look into it. Seems like a lot of paperwork to do pretty much the same thing as we’ve always done.

Me: Au contraire! (We hardly ever speak in french, that was only for dramatic purposes.)