You are at:Home»Advisor Solutions Channel»Small Caps Are Sizzling to Start 2019 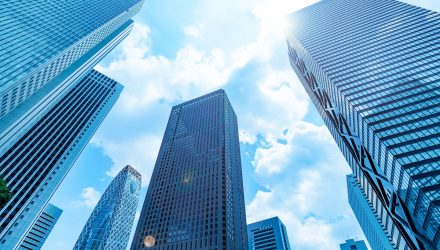 Small Caps Are Sizzling to Start 2019

After sinking into bear market territory in the fourth quarter, The iShares Russell 2000 ETF (NYSEArca: IWM), the largest exchange traded fund tracking smaller companies, is soaring to start 2019. IWM is up nearly 9% to start the year and recently reclaimed its 50-day moving average. IWM tracks the Russell 2000 Index, one of the most widely followed gauges of smaller domestic companies.

“The Russell 2000 is having its best start to the year since 1987,” reports CNBC. “The index of small-cap stocks has gained more than 8 percent year to date — a far cry from its 2018 performance, when the index saw its worst annual loss since the financial crisis.”

Small-capitalization stocks have attracted a lot of attention on the escalating trade tensions, fueled by fears over a potential slowdown in global growth. Consequently, many anticipated that small-caps could weather the storm as large multi-nationals with a large global footprint suffered from trade disputes.

“Smaller companies are typically more susceptible to economic cycles. They usually hold more debt than their large-cap peers, which means they are especially sensitive to factors like rising rates and wage inflation,” according to CNBC.

What’s Next for IWM ETF

IWM needs to rally another 7% before reclaiming its 200-day moving average, which could lure more investors to the fund, but some market observers remain cautious on the Russell 2000 over the near-term.