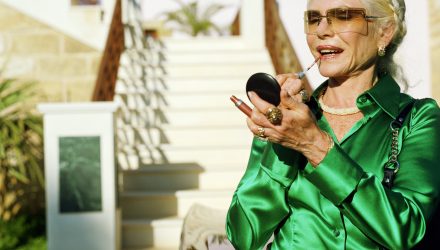 How to Retire a 401K Millionaire

This article was inspired by Rob over at Mustard Seed Money. He recently wrote about a friend of his that expected to retire with more than $1 million dollars in his 401k. This prompted Rob to do a little research.

He was curious to see at what age the typical 401k millionaire reaches that milestone. According to a Fidelity Investment report, which reviewed over 15 million Americans who have accounts with them, they reported some interesting statistics.

On average, women achieve the status of 401k millionaire at the age of 58.5. Meanwhile, the average man achieves this status at 59.3.

The Fidelity statistics led me to a new thought. If 59 years old is the average age to earn 401k millionaire status, what is the gold standard? In other words, what should we compare this age against? How fast can it be done? And, this leads me to my one regret in life.

Okay, if you pressured me, I could probably come up with a few more regrets. Those few things I would have done differently in life. Hindsight is twenty twenty, as the saying goes. But, for the sake of keeping this blog post at a manageable length, I will keep it to just one.

Thinking back to that time, I can come up with lots of reasons why I didn’t maximize my 401k contribution:

401ks were not all that popular in the mid 80’s; most companies still offered defined benefit pension plans
Renting an apartment and living the big city life consumed most of my salary
I saved some money outside of my 401k wanting quick access to my funds
I was an idiot and wanted to party like a rock star; and I do not mean Rockstar Finance
SPEED TO 401k MILLIONAIRE STATUS
Let’s get on to the point of this article. If the average person hits a million in their 401k at about age 59, what is the gold standard? How fast can it be done?

To figure this out we need a few assumptions. Here they are for a newly minted 2018 college graduate. We will call him Tom Junior or just Junior for short.

Mrs. DD and I do not have any children. But if we did, we think Tom would be a nice name. The picture below represents what Tom Junior might look like. We know Junior got his keen intelligence from Mrs. DD. We are not sure where he got his manly good looks and six pack abs. Tom Senior keeps his six packs in the refrigerator.

Okay, seriously now, here are the assumptions we will follow for the fictitious Tom Junior.

22 years old and earns an average annual starting salary for a college graduate of $50,000. This is based on a 2017 study by the Hay Group