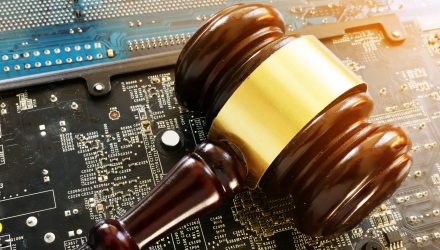 “While cryptocurrencies are often thought to operate out of the reach of national regulation, in fact their valuations, transaction volumes and user bases react substantially to news about regulatory actions,” according to a new report from the Bank of International Settlements (BIS).

Compared to other financial assets, bitcoin is still young, but in its short lifespan, it has faced intense international regulatory scrutiny. A recent report by New York Attorney General Barbara D. Underwood’s office indicates some cryptocurrency exchanges are vulnerable to manipulation, a finding that some market observers believe could be a blow to bitcoin exchange traded funds winning regulatory approval.

“News events related to general banson cryptocurrencies or to their treatment under securities law have the greatest adverse effect on valuations, followed by news on combating money laundering and the financing of terrorism, and on restricting the interoperability of cryptocurrencies with regulated markets,” accoding to the BIS report. “News pointing to the establishment of legal frameworks tailored to cryptocurrencies and initial coin offerings coincides with strong market gains.”

Regulatory concerns could also be playing a role in keeping many ordinary investors out of the cryptocurrency market. Earlier this year, a poll conducted by Gallup-Wells Fargo revealed that 72% of U.S. investors have no interest in ever buying Bitcoin, while 2% currently own the cryptocurrency and 26% are on the fence.

In its relatively short lifespan, bitcoin has been subject to dramatic rallies and jaw-dropping declines. Various factors have been at play during bitcoin’s big price moves, but some market observers have speculated that herd mentality has contributed to those significant price moves in both directions. Still, regulatory news is impactful for bitcoin.

“Another event is the Japanese Financial Services Agency (FSA) ordering six cryptocurrency exchanges to improve their money laundering procedures (June 2018). Again, prices tanked – although it seems to have taken several hours, until the start of the US. trading day, for this measure to have its full effect,” according to BIS.