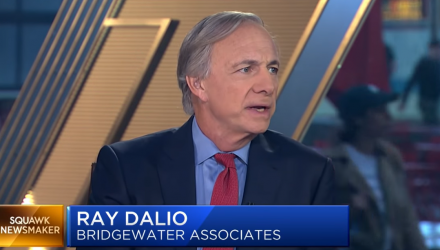 Ray Dalio, American billionaire investor and founder of one of the world’s largest hedge funds, Bridgewater Associates, told CNBC that the current extended bull market has about “two years left” to run. Dalio’s prescience allowed him to accurately predict the global financial crisis that hit over 10 years ago.

“Generally speaking, we’re in the seventh inning of the cycle,” said Dalio. “We’re at the stage in the cycle where interest rates are being raised. W’re in the later stage, maybe we have two years into the cycle, something like that.”

Backed by a bevy of positive economic data and a stock market that has seen the major indexes like the S&P 500 reach record levels, the Federal Reserve has what appears to be a clear runway towards raising interest rates. In addition, with a revised GDP growth in the second quarter of 4.2%, the economy has grown at a pace not seen since the third quarter of 2014.

Adding to that, the latest employment data reveals a robust job market amid the backdrop of an extended bull run in the capital markets despite private payrolls missing its expectations last week–companies added 163,000 jobs in August, which represents a tangible slowdown versus the 217,000 added in the previous month and below the average of 206,000 a month.

Furthermore, this sentiment is paired with an unemployment rate that continues to be at historically low levels.. With a tailwind of data like this, interest rate hikes are looming, which, according to Dalio, is vaguely similar to the recession in 1937.

“We’re coming into the phase where we’re beginning the tightening cycle,” said Dalio, when comparing the current economic landscape to that of 1937.