You are at:Home»Advisor Solutions Channel»Ray Dalio on How to Overcome Failure 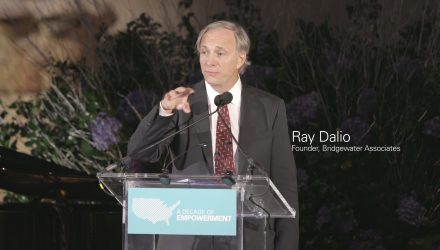 Ray Dalio on How to Overcome Failure

An interview with billionaire investor and founder of the world’s largest Hedge fund Bridgewater Associates, Ray Dalio. In this interview, Ray discusses his principles for success and the his use of an idea meritocracy. Ray also talks about relationships and privacy.

I’d love to talk about principles. There are principles in general I want to distinguish. There are principles in general and then there are principles that I have that worked for me and I want to distinguish the two because we’re going to talk about both of them. I think the most important thing is for each individual to have their own principles and to be crystal clear on those principles. I think as a society as a whole which we’re not as clear on those principles if we were to think about maybe as a country what are the principles that bind us together what are the principles that separate us and we all had that clarity. I think Prince everybody’s got to have their own principles so I’ll talk about principles in general but well get into mine. So what I’m saying when I say principles what I’m referring to is the fact that whenever you’re in a situation how would you best handle that situation. So there are overarching principles. You know what are your values and how do you live though your life out consistent with those values. And then there were just at various levels there are tactical principles like I don’t know how do you give a talk like this or whatever it is. And what I stumbled on was the one I would make trades. I wrote down the particular principle. The reason I would make a trade. So when I was in a situation I would write down that my principle for dealing with that situation was and that helped me a lot.