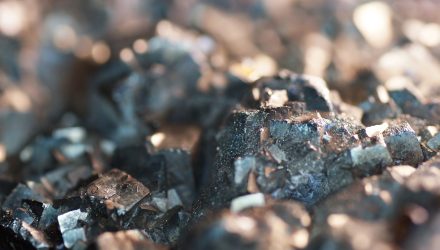 Palladium prices and precious metals-related ETFs pushed toward new heights as the threat of strikes in South Africa tightens the supply outlook for the metal.

On Monday, the Aberdeen Standard Physical Palladium Shares ETF (NYSEArca: PALL) gained 3.3% and the Sprott’s Physical Platinum and Palladium Trust (NYSEArca: SPPP) increased 3.8% while the palladium spot price was up 2.7% to $1,540.2 per ounce.

Fueling the spike in palladium prices on Monday, at least 15 mining firms in South Africa, the location of the world’s largest platinum group metals deposits accounting for over 90% of global output, received notices of strikes next week in support of fellow workers at Sibanye-Stillwater whom have already stepped downed over wages and job cuts, Reuters reports.

“The fundamental issue with palladium is any strike will drive prices through the roof because there is a shortfall with normal production, so any collapse of production will support prices,” Miguel Perez-Santalla, vice president of Heraeus Metal Management, told Reuters. “The threat of the South African mines strike spreading to the platinum mining industry is enough to make people nervous and that’s why we’re seeing some short-covering in platinum and palladium, driving both the metals higher.”

The Aberdeen Standard Platinum Shares ETF (NYSEArca: PPLT) increased 1.1% and the GraniteShares Platinum Trust (PLTM) added 1.0% on Monday while the platinum spot price was 1.2% higher to $852.7 per ounce and hovered near its highest level since November.

The supply disruptions from widespread strikes in South Africa is weighing on the already tightening supply outlook for 2019. Palladium prices have soared around 80% since the August lows last year as surging demand on stricter emissions standards helped support the rally. Palladium is key component used by the car industry in catalytic converters fitted in petrol-powered vehicles to diminish harmful greenhouse gas emissions.