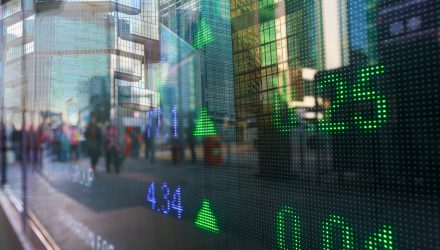 The Dow Jones Industrial Average fell as much as 300 points on Wednesday to start 2019 as concerns over a global economic slowdown were on the minds of investors in the new year.

“Everybody is terrified that this is a sign of a global slowdown,” Art Cashin, director of floor operations at UBS, told CNBC’s “Squawk on the Street.” “It was only eight months ago we were talking about synchronized growth and all of that is falling apart.”

“The silver lining to last year’s disappointing equity market is that negative returns do not historically carry over into the succeeding year,” said Craig Johnson, chief market technician at PiperJaffray. “The S&P 500 has bounced off support near 2,350.”

“While acknowledging there are fundamental concerns, we do not believe the current economic backdrop warrants the degree of bearish sentiment and suspect the proverbial bar for stocks has dropped significantly,” said Johnson. “Technically, we continue to see signs of an intermediate-term bottom emerging and recommend investors tactically deploy capital back into equities.”

Despite the markets in 2018 having their worst showing in over a decade, some strategists are prognosticating that U.S. equities will be singing a more positive tune in 2019. According to Jonathan Golub, chief U.S. equities strategist at Credit Suisse, there’s a great deal of upside to be had for investors in the new year.