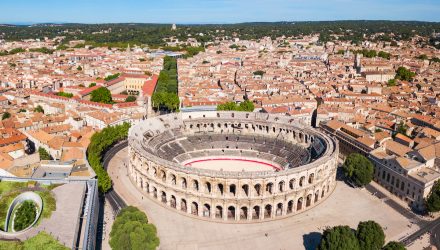 The iShares MSCI Italy Capped ETF (NYSEArca: EWI), the largest US-listed exchange traded fund dedicated to Italian equities, is rebounding after a dismal 2018. EWI is up almost 6% this year after ranking as one of 2018’s worst-performing single-country developed market ETFs.

Italy is the Eurozone’s third-largest economy behind Germany and France. There are also increasing concerns that Italy is inching toward a recession. Increased uncertainty regarding government efforts to enhance Italy’s fiscal status is weighing on the minds of some investors.

A lingering issue remains the health of Italy’s bank, which is relevant to investors consider EWI because the fund devotes 30% of its weight to the financial services sectors, by far its largest sector weight.

“Italian banks directly supervised by the ECB face more pressure to reduce their stocks of legacy non-performing loans (NPLs) if the ECB pushes them to increase their loan-loss allowances,” said Fitch Ratings in a recent note. “It seems the banks may have to fully cover legacy NPLs, not just those generated from April 2018 as previously anticipated. The ECB’s stance on Italian NPL coverage could help progress in reducing Italy’s NPL ratio towards the EU average, as strong coverage helps NPL disposals.”