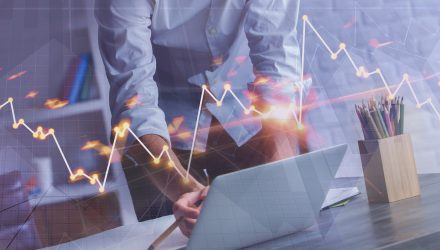 Jean-Marie Eveillard: The Best Book Ever Written About Value Investing

Jean-Marie Eveillard in his 2014 presentation at the Ben Graham Center for Value Investing, discusses the best book ever written about value investing, The Intelligent Investor.

Tonight I will try to make two points one that value investing makes sense and the other that value investing works over time. Now your value investing. It’s a it’s a big tent. Which accommodates many different people. Indeed they are. No. Because value investors are independent are free spirits and follow their own path to the island. They are know to value investors who are like … at one end of the … so it’s as I said it’s a big big tent. At one end of the tent is Benjamin Graham the founder of the value school in the 1930s. We then proceeded to publish in 1949 the Intelligent Investor which Warren Buffett himself says is the best work best book ever written about value investing. Now some other people have written books about investing which are worthwhile says Carmen. Although it’s out of print published margin of safety in 1991 and Marty Whitman published a number of books including The last one which he did with Fernando Dees of the huge university which is called Model security analysis and which was published in 2013. But the truth is the great majority almost nine books out of ten about investing or not are not worth the paper they’re putting on. Indeed many of them are quite misleading. The there are 20 chapters as you know two intelligent investor to the Intelligent Investor. I would like to speak to I would like to mention three ideas to which it seems to me that all of the 20 chapters are interesting but I would like to mention three.

I would like to mention three size of Ben Graham approach it seems to me that Mangalam speaks to a number of ideas in the book but particularly to the idea of humility the idea of caution and the idea of order. The idea of humility whenever Vanguard was asked what do you think will happen to Company X, Company Y, a company Z he used to define the future as an Southon and that sounds obvious. Only God knows and he is telling but the truth is that there are lots of people on Wall Street where who will tell you that on October 10 2014 the Dow Jones index industrials will be at nineteen thousand two hundred fifty four.

You’d be lucky if they don’t provide you with the decimals and of course that’s nonsense.

The second idea is the idea of caution precisely because the future is uncertain. There is a need for caution a need for what Graham called the margin of safety the cushion the indeed. In Chapter 20 of the Intelligent Investor, Graham says it’s that the margin of safety is the secret of good investment. And he mentions real estate bonds in the 20s that were issued at par in the 30s. A few of them defaulted and the place went down to ten cents or less and Graham called them reasonably safe.

For the Tuvalu’s he believes were four or five times the 10 cents at the same time.