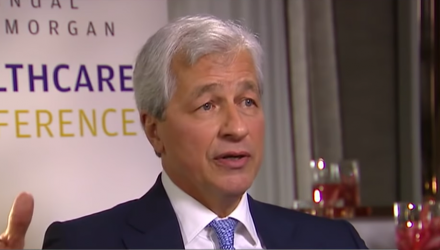 Jamie Dimon on Economy: “You Will Have a Recession”

JP Morgan Chase CEO Jamie Dimon is not known to mince words on his views and when speaking matter-of-factly about the economy, Dimon was quick to forewarn investors of a forthcoming recession.

However, it won’t be akin to that of the financial crisis in 2008 where his bank and many others were left reeling. Dimon navigated through the crisis when JPMorgan’s stock price hit a low of $22.85 in December 2008.

Now, the stock is trading at above $100 and the investing titan is viewed as a paragon of poise as well as resilience along with his prowess for company growth. In essence, Dimon knows a thing or two about recessions.

“You will have a recession. It just won’t be like you had the last time in … affecting the banking system,” said Dimon.

“Someone’s going to get hurt. The issue there for the marketplace is going to be, we have a recession, the lender will not be there. So a lot of these borrowers will be stranded,” Dimon added.

Dimon’s comment comes after JP Morgan generated $1.98 per share in profit for the fourth quarter in 2018, falling below the $2.20 per share average estimate of analysts surveyed by data company Refinitiv. Like Citigroup and other banks, JP Morgan’s fixed income trading division took a hit with $1.86 billion in revenue produced as opposed to the $2.2 billion expected.