You are at:Home»Advisor Solutions Channel»It Could Pay to be Defensive in 2019 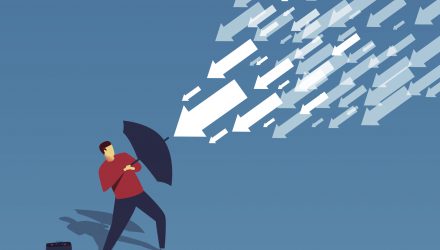 Defensive sectors, including consumer staples and utilities, held up somewhat well relative to growth sectors as stocks swooned in the fourth quarter. The Utilities Select Sector SPDR (NYSEArca: XLU) posted modest fourth-quarter and year-to-date gains and some market observers expect 2019 could be kind to defensive sectors and the related exchange traded funds.

The utilities sector was suppose to be a throw away investment as many anticipated a strong economy with a full labor market to push up interest rates, which traditionally weighed on the bond-like utilities stocks.

“A Reuters analysis of 2019 outlooks from 10 major financial institutions found eight, including Morgan Stanley, Goldman Sachs and Barclays, with ‘overweight’ ratings on at least one defensive sector for 2019,” reports Reuters. “That marks a big change from last year, when just two of those banks favored any defensive sectors.”

With inflation relatively under control and benchmark Treasury yields still stuck around 3%, utilities remain attractive for yield hunters. Moreover, after the recent bout of volatility, investors are still still looking at the bond-esque sector as a safe way to remain the game and generate some extra dividends on the side.

“Appreciated more for their rich dividend yields than share price gains, the utilities and consumer staples sectors have turned in relatively yawn-worthy performances during the long bull run since the March 2009 market bottom,” according to Reuters.

XLU is just 7.60% below its 52-week and nearly 1% above its 200-day moving averages, numbers that compare favorably with some other, less defensive sector ETFs.