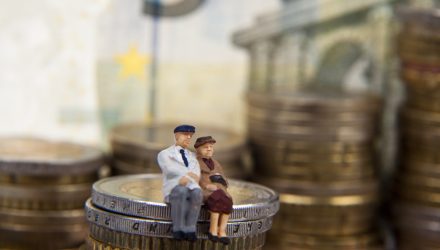 In today’s society, the historically “traditional” family is becoming less and less commonplace – apparently as many as 50% of all children under age 13 are currently living with one biological parent and that parent’s current partner who is not a biological parent of the child.  Often as well, there is a significant age differential between the biological parent and the parent’s partner.  Even if there is little difference in ages, quite often situations arise where estate planning including IRAs can become complicated.

Of course, estate planning requires much more than simply reviewing the IRA components of your collective assets.  It is necessary to review all retirement accounts, life insurance policies, trusts, transfer-on-death accounts (TOD) and property titled as joint tenancy with rights of survivorship – all of the assets that are not normally impacted by testamentary trusts or wills.  These assets will pass directly to the named beneficiaries and/or surviving owners.  In addition, reviewing the tenets of your will and/or testamentary trusts will round out the picture.  By doing such a review, you can tally up all of the assets that are being directed to each heir under current conditions.

Given this starting point, you’ll want to consider how you want to distribute your assets compared with how they are presently set up to be distributed.  Often in such cases, it may be discovered that there is an inequity to the assets initially inherited by the spouse, with the children as secondary, or remainder, beneficiaries.  In a blended family this can cause animosity between the children and the surviving non-biological parent. (Imagine a “death watch” by children with regard to the step-parent.)  Steps can be taken to ensure that the children receive an inheritance separate and apart from the remainder sums that (for example) would be available from an IRA or a retirement plan.

The reason this is necessary is that, if an IRA or other qualified retirement plan is the primary asset in the estate, upon inheritance by the surviving spouse there is no guarantee that the IRA will have any assets remaining at all upon the death of the second spouse – or even if the original secondary beneficiaries will continue to have that status.  Since the surviving spouse has the ability to treat the inherited IRA as his or her own account, he or she can designate other beneficiaries (perhaps his or her own children?), thereby cutting out the original owner’s children.  But it doesn’t have to be that diabolical… it could be that the surviving spouse remarries and decides to use the entirety of the IRA in purchasing a yacht to sail around the world with her new husband.  In either case, your original intent may not be carried out by a simple designation of beneficiaries and contingent beneficiaries.

To achieve an appropriate division of assets among the surviving non-biological parent and the children, several options are available.  For example, life insurance policies could be used to provide an equitable inheritance to the children immediately upon your death.  Another option would be to split the IRA into separate IRA accounts, naming each of your intended heirs individually on the separate accounts to ensure that each child (and the surviving spouse) receives whatever you deem to be that individual’s appropriate portion of your estate.