You are at:Home»Advisor Solutions Channel»Investors Hedge Against Trade Talks with Treasury Bond ETFs 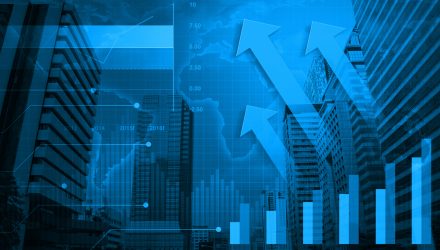 As the U.S. and China trade deals talks extend, wary investors are piling into Treasuries and related ETFs to hedge bets in case an unexpected fallout occurs.

Investors have also been turning to Treasury bond-related ETFs as a quick way to gain access to this segment of the fixed-income market. The iShares 7-10 Year Treasury Bond ETF (NASDAQ: IEF) was the most popular ETF play over the past week, attracting close to $1.5 billion in net inflows, according to XTF data. Treasury bonds have remained popular plays this year, with IEF adding $2.9 billion in new inflows and iShares 20+ Year Treasury Bond ETF (NASDAQ: TLT) seeing $2.5 billion in inflows year-to-date as well.

Market observers continued to closely watch the latest round of negotiations between Washing and Beijing. While many are optimistic that a trade deal will pass, some warn that the most difficult hurdles will come ahead as high level talks pushed through on Friday.