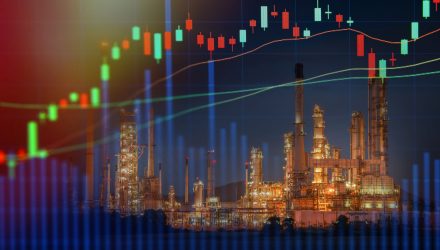 The Dow Jones Industrial Average gained over 200 points on Wednesday as corporate earnings of IBM, Procter & Gamble and United Tech came in better than expected.

The S&P 500 and Nasdaq Composite both edged higher. According to data from FactSet, out of the 14 percent of S&P 500 companies who have already reported earnings, 72.9 percent beat expectations.

“Ultimately, when you look at the data, the thing that matters most to the market is earnings,” said Andres Garcia-Amaya, founder of Zoe Financial. “I would say the technology sector is one that could make or break the story for equities. If you look at margins for the sector versus the other sectors, it’s by far the largest.”

“If you start to actually see margins for the technology sector deteriorate, that’s going to basically be something investors are not going to be happy about,” Garcia-Amaya added.

On the flipside, however, only 58.7 percent beat sales forecasts. Nonetheless, profits have grown by 13.2 percent, beating expectations, but representing the slowest rate of earnings since the fourth quarter of 2017.