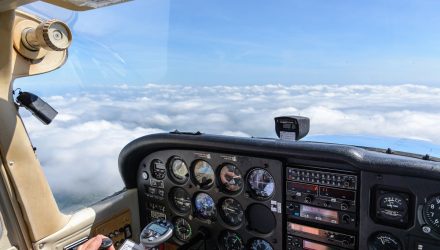 How a New Look House Could Affect Defense ETFs

Democrats gained control of the House of Representatives in the recent midterm elections, but aerospace and defense stocks and exchange traded funds did not seem to mind.

Some analysts do not see the Democrat-controlled House as a significant threat to aerospace and defense equities.

“Our bull case envisions bipartisanship and an avoidance of gridlock, which creates funding certainty for defense names, but our bear case anticipates budget chaos and sequestration for fiscal 2020,” said Morningstar in a recent note. “Our base case entails a muddle-through in which a 2020 continuing resolution, which freezes funding at the previous year’s levels, occurs but an agreement to avoid budget caps is eventually struck. Flying under investors’ radar is the likely resignation of Defense Secretary James Mattis. Depending on who replaces Mattis and when, we think the Pentagon might be at a disadvantage as it battles for its piece of the fiscal 2020 appropriations.”