You are at:Home»Advisor Solutions Channel»ETFs Investors can Use to Capitalize on M&A Activity in Israel 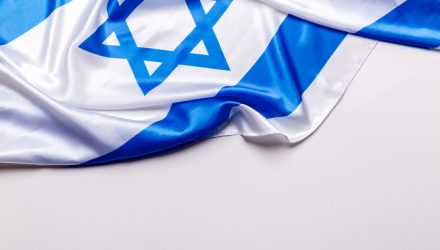 Since the country was reclassified as a developed market in 2010, Israel has been on an upward trajectory in terms of gross domestic product growth, making it one of the premier outperformers in the developed market space. As the country is poised for more growth in the future thanks to a wave of mergers & acquisitions activity, two ETFs to keep an eye on are the VanEck Vectors Israel ETF (NYSEArca: ISRA) and the BlueStar Israel Technology ETF (NYSEArca: ITEQ).

ISRA tracks the BlueStar Israel Global Index (BIGI), “which is comprised of equity securities, which may include depositary receipts, of publicly traded companies that are generally considered by the Index Provider to be Israeli companies,” according to VanEck. Thus far, ISRA had a year-to-date gain of 11.42% and 20.10% the past 12 months.

Likewise, ITEQ is also giving investors something to smile about with a 16.10% return year-to-date and 22.25% within the past year. ITEQ seeks to provide investment results that correspond generally to the total return performance of the TASE-BlueStar Israel Global Technology Index, which is comprised of asset allocations in Israeli technology companies.

Since Israel’s GDP estimate of $233.61 billion in 2010, it has grown by roughly 50% through 2017.  As such, investors can use ISRA and ITEQ to provide broad-based exposure to Israel and a tech-focused strategy, respectively, to take advantage of this exponential growth in GDP.

“We strongly believe that the two Israel ETFs tracking our flagship indexes, ISRA tracking our broad based ‘BIGI’ benchmark and ITEQ tracking our Tech Focused BIGITech index provide excellent exposure to the Israeli companies that stand to benefit from this trend,” said  Steven Schoenfeld, Founder and CIO of BlueStar Indexes, a research firm focused on Israeli capital markets, “ISRA includes the non-tech companies such as SodaStream, CaesarStone and Delta Galil, while ITEQ focuses on leading Israeli technology companies like Check Point Software, Wix.com, Nice Systems and Amdocs. Given Israel’s small weight in key Developed Market benchmarks and most actively-managed international equity funds, BlueStar believes that a dedicated allocation to either broad-based Israeli equities via ISRA or Israeli Tech Stocks via ITEQ warrants consideration by investors.”

Helping to fuel this GDP growth is a rise in M&A activity that, according to Bluestar Indexes, is the result of Israeli tech companies being primed for acquisition from foreign firms as a result of their growth prospects. Specifically, global capital equipment company KLA-Tencor is acquiring Israel’s Orbotech to capture its growth in adjacent businesses and Israeli-based tech company Mobileye was acquired by Intel for its growth potential as well.