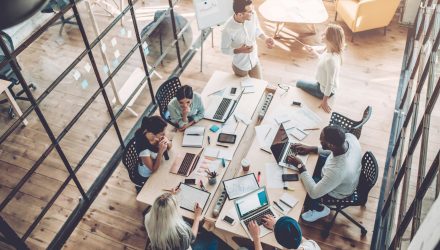 The Dow Jones Industrial Average slid over 200 points in the early session despite the Labor Department revealing that unemployment claims last week fell to a 49-year low, pointing to sustained strength in the labor market. Claims for unemployment benefits fell to 207,000, besting the forecasted 213,000 by a Reuters poll of economists.

The private payrolls total easily bested the 168,000 jobs added in August and more than the 185,000 expected by a survey of economists. The 230,000 positions added was the highest since the 241,000 jobs added in February.

Today’s data pairs yesterday’s positive news that private payrolls grew stronger than expected in September with 230,000 positions added. The private payrolls total easily bested the 168,000 jobs added in August–more than the 185,000 expected by a survey of economists and the highest number of payrolls added since the 241,000 added in February.

“The momentum in the labor market remains strong and we expect the unemployment rate to continue to decline,” said John Ryding, chief economist at RDQ Economics in New York.

In the U.S. government debt space, the benchmark 10-year Treasury note yield reached its highest level since 2011, reaching past the 3.2% mark before settling to its current level of 3.195 as of 11:00 a.m. ET. This affected stocks deemed as interest-rate sensitive, such as Procter & Gamble, which was down 2%.