You are at:Home»Advisor Solutions Channel»Dow Jumps Over 200 Points on NAFTA Deal 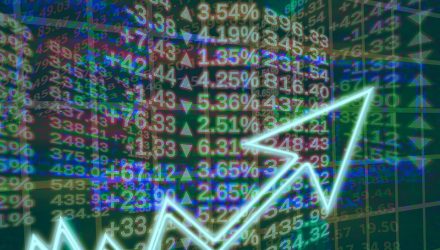 The United States and Mexico are closer to striking a North American Free Trade Agreement deal, helping the Dow Jones Industrial Average jump over 200 points while the Nasdaq Composite broke through 8,000 points for the first time.

Reports surfaced that talks between the U.S. and Mexico were concluding and that a NAFTA announcement could come later today. Meanwhile, U.S. President Donald Trump took to Twitter to announce that a “big deal” with Mexico was imminent.

The NAFTA deal builds on the positive market vibes of the U.S. and China renewing their talks to negotiate a trade deal. Tariff-for-tariff spats between the two economic superpowers have been roiling the capital markets.

“What we are seeing is optimism that there is going to be some resolution to trade difficulties and then there’s the news of the U.S. and Mexico closing in on the NAFTA deal,” said Scott Brown, chief economist at Raymond James in St. Petersburg, Florida. “Easing trade and NAFTA are probably the biggest things today but I think it’s more fundamental than that, because we’re still seeing a lot of signs of strength in the domestic economy and earnings stories have been very robust.”