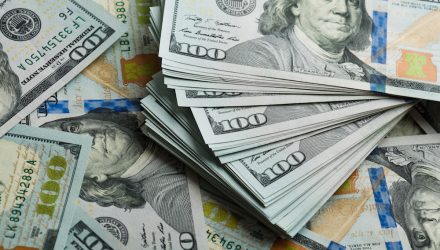 The dollar has been one of the world’s best-performing major currencies this year, but that run could be threatened by a gridlocked Congress. In Tuesday’s midterm elections, Democrats emerged with control of the House while Republicans maintained control of the Senate.

Analysts argued that the dollar’s strength at the start of the year was just a brief spike in a broader downward trend that began in 2017, pointing to easing of trade tensions, the ebbing effects of U.S. tax cuts and the Fed’s hesitation to tighten its monetary policy.

“While the outcome was largely expected, analysts at Morgan Stanley and Credit Agricole SA say it could lead to a gridlocked government during the rest of President Donald Trump’s term, undermining efforts to extend tax cuts and boost infrastructure spending,” according to Bloomberg. “This could weigh on the greenback, which has outperformed all Group-of-10 peers so far this year.”

Some market observers believe a post-election decline in the dollar could be short-lived.