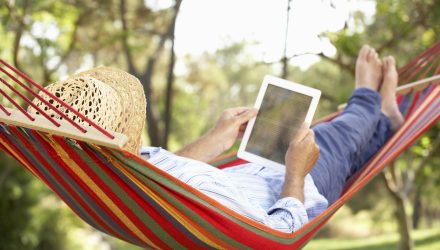 Editors Note: The following post was republished with permission from The Wealthy Accountant.

Community was a different place. Advice was simple and straight forward. King Solomon reminded us to avoid lending or borrowing. Nearly half the parables of Jesus have to do with money and wealth.

The simple message sold well. So well in fact it became ingrained in religious dogma. The goal was honest. Work hard, save and you will enjoy your old age.

The old school in the Church of FI made the most of a basic message. The advice and values were handed down generation to generation. It lasted for one simple reason; it worked!

The early FI community didn’t have a cool name to draw a crowd. Solomon had proverbs and Jesus had parables. Short stories with a powerful message were the perfect device to hand down important information through the ages.

The early dayfs of the Church of FI are similar to the early days of Christianity when there was a Catholic church. The learned may recall the word catholic (little c) means universal. The Catholic Church was therefore the universal church of God. There was one message, one literal scripture, one true triune God. The FI community for millennia was also an all encompassing philosophy.

Some philosophical movements contained the truths of FI, but had other motives. Sophists, Epicureans, Christians, and let’s not forget the Stoics. But that isn’t what our story is about today. Today we will explore what happened to that FI community of old and how is survived (so far) to become the cult classic so loved by business media outlets everywhere.

Sunday Service of Church of FI

The Eve of Reformation

If something is working fine, break it to see what makes the darn thing tick. You know, like killing the goose that lays the golden egg so we can mass produce the goose.

For thousands of years the perfect FI message did the job it was intended to do. But as the Industrial Revolution convinced man he could do better a more scientific approach was needed. By the early 20th Century intelligent men were popping the hood to figure out how the goose laid that darn golden egg.

The path to the FI temple is filled with obstacles.

In 1926 George Clason gave us The Richest Man in Babylon. The story resonated because it basically outlined the same message from the ages. The message delivered in parable was also comfortingly familiar to the more religious time. The story of how a rich man saves money boils down to “Pay yourself first”. It worked back then and works now! Our ears find familiarity in stories advising to save first and spend what is left rather than the foolish other way around.

Now that the ice was broken it was time to dig deeper into the details. Dale Carnegie showed us How to Win Friends and Influence People in 1936 followed by Napoleon Hill’s Think and Grow Rich in 1937. Hill also did something unheard of up to his time. He researched his topic by interviewing the wealthiest people of his time: John D. Rockefeller, Charles M. Schwab, Henry Ford, Thomas Edison and more. The scientific genie was out of the bottle. The goose lived and we now knew a bit more about how those golden eggs were produced.

The scientific revolution in wealth creation brought a new wave of FI leaders willing to spill the beans. Ben Graham published The Intelligent Investor in 1949 and the world has never been the same. Graham’s great disciple is none other than Warren Buffett who proved you can do very well stuffing your money in equities.

More and more books and seminars were to follow. No one had a clue a schism was on the horizon in the FI world. The Reformation was here. The Catholic Church would survive, if smaller, and would never be the only game in town to protect souls, ah, financial fortunes ever again.

Ever since the reformation of the FI community took place scholars have debated what caused the schism. Some say it was boredom, others our advancing way of life and technology. Me, I say it was the internet.

Before the internet you had a limited avenue to spread your message. Printed material and word of mouth dominated. Television and radio allows for a broader audience, but these forms of media needed a message with mass appeal. Save money! The majority of people didn’t want to hear it. Besides, you can’t take it with you.

(Yes, kind readers, the tone of this post has changed. I set the scene and now my warped sense of humor is bubbling to the surface where I wanted to end from the very beginning.)

Ointment for the anointed.

The internet changed everything. Never before could a young man see a naked, ah, sorry wrong story.

The internet allowed every niche an audience. If you had an interest in conspiracy theories you could now spend all day on YouTube and websites conspiring until you bleed from every orifice. And people didn’t mind since you were comfortably locked in your mother’s basement.

A lot of false starts dominated the early internet days. Several blogs found a following in the FI community, kind of.

Ointment for the anointed.