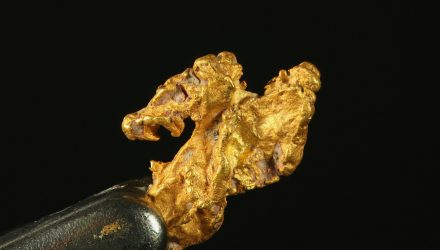 The SPDR Gold Shares (NYSEArca: GLD) slipped for a fifth straight month in August and is down more than 8% year-to-date, but some market observers believe gold can cobble together some upside as autumn arrive.

“A rise in the US dollar coincided with a record short position on gold not seen since the end of 2015 and major retail funds liquidating their precious metal positions. This triple whammy caused a capitulation in gold below $1200 per ounce this summer and new lows for most major miners including Goldcorp (GG), Barrick (ABX), and Newmont (NEM),” according to ETF Daily News.

Recent data points suggest professional speculators have been boosting short positions in gold. Money managers are still betting on further weakness in the gold market as many have increased net-short positions to a record for a fifth straight week. Analysts at Citigroup Global Markets argued that there isn’t a lot of demand for gold in a world where yields and equities are rising.