You are at:Home»Advisor Solutions Channel»Buy-and-Holders are Satisfied with their Strategy 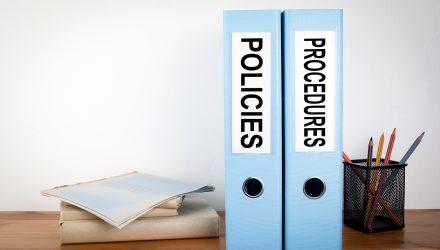 Buy-and-Holders are Satisfied with their Strategy

Robert Shiller warned investors in 1996 that valuations were so high that those going with high stock allocations would in time come to regret that choice. Most Buy-and-Holders believe that he has been proven wrong. But is that really so?

Stock prices have increased by 309 percent from July 1996 (when Shiller issued his warning) through today. So an investment of $100,000 would have grown to over $400,000. But stocks are today priced at over two times fair value. If overvaluation is the product of irrational exuberance not possessing lasting economic significance, that $400,000 could be reduced to $200,000 in the next year or two or three. IBonds and Treasury Inflation-Protected Securities (TIPS) were available in the years following Shiller’s warning that paid long-term returns of 4 percent real that could be locked in for up to 30 years. Investors who were prompted by Shiller’s warning to lock in those juicy returns will end up ahead of their Buy-and-Hold friends in the event that stock prices fall by 50 percent and they would have gotten ahead by investing in far less risky asset classes. They would have obtained higher returns while taking on reduced risk, a good deal all around.

They accept those numbers as hard and real and lasting. They do the math, determine that they are ahead of where they would have been had they paid heed to Shiller’s warning and consider the case closed. It’s not an entirely unreasonable way of looking at things.

I don’t think it is an entirely reasonable way of looking at things either, however. The problem is that the logic is circular. Buy-and-Hold is rooted in a belief that the market is efficient, that investors act in a rational manner to achieve their best interests. If that were so, the numbers on portfolio statements would be meaningful and lasting and reflective of economic realities. If that were so, Buy-and-Hold would be the ideal strategy.

But doesn’t it beg the question to assume that all this is so?

Shiller’s belief is that it is not so. Shiller says that investors do NOT pursue their self-interest when making investment choices. He says that investors are human and should be presumed to be guilty of all of the self-destructive emotional choices that humans are guilty of when engaged in any pursuit other than stock investing. He says that the numbers on portfolio statements that are caused by overvaluation do not reflect economic realities but irrational exuberance. He says that irrational exuberance always disappears in time, that the numbers we see on our portfolio statements today cannot be counted on to reflect lasting realities.

To say “I have been proven right to ignore Shiller because the numbers look good for me today” is not a compelling argument if the overvaluation warned of by Shiller remains in effect (and the P/E10 value today is a good bit higher than what it was in 1996). It would be fair to say that Shiller’s warning has not been proven correct yet (and it certainly was not proven correct in the time-frame specified by Shiller when he made the prediction — Shiller said that he thought that those who invested heavily in stocks in 1996 would regret the decision within 10 years). But, if Shiller is right in his core belief about how stock investing works (that prices are set primarily by investor emotion rather than by economic realities), we should still expect that his warning will eventually be proven to have been good advice.