You are at:Home»Advisor Solutions Channel»Boeing Shares Take Off, Dow Grounded with 200-Point Loss 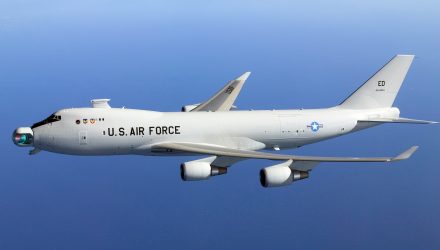 Shares of Boeing traded higher on Wednesday morning as the company reported better-than-expected third-quarter earnings and raised its 2018 earnings forecast to what may be a record revenue year for the aircraft manufacturer.

Shares of Boeing were up 2% as of 11:10 a.m. ET as volatility continues to reign in the capital markets with the Dow Jones Industrial Average falling over 200 points and the Nasdaq Composite was down over 100 points.

“We believe investor concerns about the macro issues (tariffs/trade, emerging market growth, interest rates) have subsided to an extent, and the strong free cash flow in the quarter is a positive catalyst for the stock,” said Canaccord Genuity’s Ken Herbert . While he thinks long-term margin targets might be a stretch and macro risks will remain, “recent supply chain risks appear to have lessened.”

Boeing’s CEO attributed the strong third quarter to a rise in military contract deals struck over the summer.

“What really surprised us to the upside was aerospace margins in the 13 percent range and they’re raising their guidance for that,” Jefferies analyst Sheila Kahyaoglu said on CNBC’s “Squawk Box.”