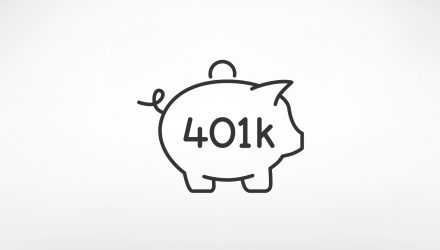 6 Essential Tips to Manage Your 401K

The money you contribute is pre-tax, you can get free money from your employer in the form of a match, and it’s relatively out of sight, so you tend to forget about it while your money grows.

But that doesn’t mean you don’t need to stay in touch with your money. Here are five essential tips for managing your 401(k).

As silly as it sounds, you need to know where to find your 401(k) and how to log into your account. I recently changed jobs, and my new 401(k) provider is a company I didn’t recognize. I lost the web address several times before finally pinning it to my shortcuts bar in Chrome.

On the other hand, you might have an old 401(k) hanging out there from a previous employer. If so, there are a few things you can do. First, I’d recommend contacting your old employer. Have them check their plan records to see if and when you participated in their 401(k) program. If that doesn’t help, then you may have to do a little more digging. Here are three websites that can help:

FreeERISA—You can search for your former employer here, which will attempt to locate their government-required Form 5500. If you can find that, it should have at least semi-relevant contact information for you.

National Registry of Unclaimed Retirement Benefits—Here you can find forgotten or abandoned retirement fund balances with previous employers. You might show up as a missing participant for some reason or another, so it’s always good to check here if you can’t seem to locate your 401(k).

Abandoned Plan Database—The U.S. Department of Labor has a directory of 401(k) plans that have been or are in the process of termination. If all else fails, you may need to check here to see if your former employer has dissolved their 401(k) program.

Once you’ve logged into your account, spend some time getting familiar with your 401(k). Most providers will show you a pie chart on the front page—this is your asset mix (more on this below). They’ll also show you how much you have in the account and what your current contribution percentage is.

Another thing that’s becoming common is auto-enrollment. As a way to encourage people to save for retirement (and not assume there will be pensions and Social Security available), employers are automatically enrolling their employees in their 401(k) plan. How can they do this? Well, typically they give you a chance to opt-out—otherwise, your company will enroll you after a specified period.

A study done by AARP of over 300 employers and 10 million workers found that 68 percent of companies are automatically enrolling their employees in their 401(k) plans. This is a 10 percent increase from a similar study done in 2015. It’s not a bad thing to be auto-enrolled, but make sure it’s a comfortable contribution percentage for you.

Finally, you’ll want to understand how your employer matches contributions. If you’ve been set up for automatic enrollment, your contribution percentage is usually at the minimum to get the company match, but sometimes less. Or perhaps you picked a rate to contribute based on what your friend at work or recruiter told you.

Regardless, once you know how much you’re contributing, do some digging on exactly how your employer matches those contributions. You can typically find this in your employee handbook. If not, I’d recommend calling your Benefits or Human Resources department to find out.

Some companies will do less (and make it confusing for you). For instance, a company might give you 50 percent up to the first six percent (you may hear this as ‘50 cents on the dollar’). Meaning that if you contribute the full six percent, they’ll match 50 percent of that—or three percent.

This concept can sound confusing, so if you’re unsure of how it works, make sure to contact someone who can explain it in detail, since all companies do this differently. You want to ensure you’re not leaving money on the table.

Now that you know how much you’re contributing, I want you to take immediate action on increasing that contribution between one and five percent (yes, I’ll wait).

I’m pushing you to do this for a reason. A one percent contribution change will be hardly noticeable to you in your paycheck but will have a significant impact on your portfolio down the road. To prove this, I’m going to draw up a simple scenario for you.

Let’s say you’re 25 years old and you make $60,000 per year, paid bi-weekly. Assume your company enrolls you in the 401(k) plan at a five percent contribution rate, and they match dollar-for-dollar up to three percent.

Since your 401(k) contributions are pre-tax, you’re contributing about $115 per paycheck and a total of $3,000 per year (five percent x $60,000). Your employer is kicking in another $1,800 with their match. If you increase your contribution now to six percent, it will only be another $23 (pre-tax) out of your paycheck. That’s nothing. You’ll hardly see a dent in your take-home pay.

But the results can be astounding.

A little increase now will lead to huge rewards later

Say you never left this job and your salary increased, on average, three percent per year. Let’s assume you’re earning a healthy six percent return on your investments, and inflation is around three percent. All pretty conservative numbers.

If you chose not to make this one percent change today and kept your contributions at five percent, you’d have a 401(k) balance of $1,157,502 by the time you turn 65. That seems like a lot, but guess what that number looks like at a six percent contribution rate? If you instead contributed six percent (using those same assumptions above), your balance would be $1,302,190 at age 65.

If you’re bold enough to increase it by five percent now, that same portfolio will be close to $1.9 million by age 65. And if you recall, I told you before that you need about $2 million to retire these days.

So take some action now and increase your contribution. Whether it’s one percent or five percent—do something now.