You are at:Home»Advisor Solutions Channel»5 Oil Services ETFs Pumped Up After OPEC 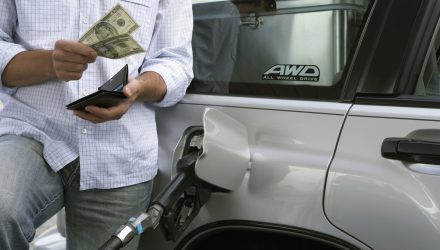 Small-cap energy and oil services ETFs were leading the market rebound Friday after the Organization of Petroleum Exporting Countries (OPEC) agreed to only modestly raise oil supplies to head off rising prices.

Oil services stocks are usually highly correlated to oil prices and have been among the worst or best performers in the energy space, depending on what direction oil prices were swinging toward. On Friday, West Texas Intermediate crude oil futures were up 4.8% to $68.7 per barrel while Brent crude was 2.7% higher to $75.1 per barrel.

Oil and the energy markets strengthened Friday after OPEC ministers announced a deal to increase oil supplies from the group, which has been curbing output in order to counteract the global supply glut that pushed prices down toward record lows.

On Friday, OPEC members agreed to start pumping out more oil, but the agreement will not end the group’s 18-month-old deal to cap its overall output, CNBC reports. The cartel is seeking to cut no more than 1.2 million barrels per day, the target they set in November 2016, but its statement remained ambiguous.