You are at:Home»Advisor Solutions Channel»4 Budgeting Strategies That Never Work 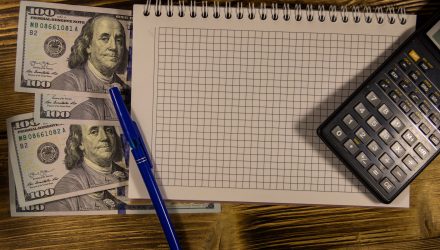 The best way to learn about budgeting is to eat food court Yong Tau Foo three weeks in a row. Because when you’re broke, that’s going to be your staple diet (Pro tip: if you put in three eggs, you’ll feel super full).

After three weeks of that, you’ll be so badly traumatised you’ll never consider another credit card application. But because this article focuses on humane methods, we’ll instead point out better alternatives – as well as the mainstream methods that don’t work:

1. Plan the budget on a spreadsheet, and then follow it

This is what everyone tries at first because it seems to make sense. You work out how much you have available to spend each week, and then write it all down on a spreadsheet. Then you follow it religiously. It’s as simplistic as a Point of Entry villain’s plot.

Why it never works:

There are two reasons why this method never works.

Following a budget on a spreadsheet requires too much willpower to function practically. We already need to exercise discipline in almost every facet of life, so there isn’t enough to follow a budget to a tee – at least not over a prolonged period like a year. The spreadsheet method works for an organisation’s budget, but not for an individual human being.

The second reason is that the method lacks flexibility. There are always going to be unplanned expenses, like when you back your car into someone’s motorcycle in the parking lot; or have to pay a fine because your cousin drove your car through a red light. It’s common for one of the situations to “break the budget”, after which you’ll probably give up and forget about maintaining it.

What to do instead:

Budget for one or two specific things. For example, focus on cutting down your Uber bills and your Saturday night pub bills by 20 percent each. This is effective use of willpower, as opposed to trying to control every single purchase.

This method half works. It’s when you have a portion of your money GIRO’ed to a separate account, and it’s probably the first ever budgeting method you’re taught. Usually, the method involves putting 20 percent of your pay into a separate account the moment you’ve received it.

Why it never works:

It’s missing another critical component: lack of accessibility. There’s a reason why your Central Provident Fund (CPF) contributions are so effective – it’s not just that CPF is automatically deducted from your pay, It’s also that you have no way to access it (barring the usual permissions).

If you keep the money in a separate account but carry the debit card for that account on you, you’ll probably still spend it. And there’s even a possible negative effect of having accessible savings:

Because you know you have those savings on hand, you may actually be more susceptible to impulse buys. If you’re down to your last dollar, you’ll think twice before buying those awesome $600 sunglasses. But if you have $10,000 in a separate bank account, you might decide “what the heck” and go for it.

What to do instead:

Don’t just put it in a separate bank account, make it inaccessible. There are many ways to do this, from the extreme (destroy the debit card, so you can’t ever access the second account without having to get a replacement), to the mild (put the debit card at the bottom of the sock drawer).

3. Assign an unfortunate family member to control the budget

This is when you give up on your own self-control, and decide “my wife/husband/father” is better with money, so let them take over. The one in charge then gets to fully control the budget, and dispense money according to their (supposedly) better judgement.