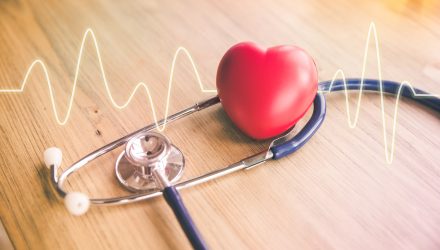 12 U.S. Sector ETFs to Play in Case of an Escalating Trade War

If the U.S. is stuck in an escalating trade war, stocks and sector-related ETFs with the highest domestic sales exposure in the U.S. should begin to stand out.

In 2017, S&P 500 companies generated 30% of their overall revenues from international sources, including 8% of the total from Asia Pacific and 10% from Europe. Comparing the revenue generated on a sector-by-sector basis, the information technology segment held the highest international footprint at 60%, followed by materials at 19%, according to Goldman Sachs.

“Top-line growth for these firms will likely come under pressure if China imposes retaliatory tariffs. Such tariffs would drive up the price paid by consumers in Greater China,” according to the Goldman Sachs report, referring to the region that includes mainland China, Taiwan and special administrative regions like Hong Kong.

U.S. investors who are wary of the negative effects of an escalating trade war could look to S&P 500 stocks with the highest domestic revenue exposure, such as those found in the telecommunications, consumer, financials and health care sectors.