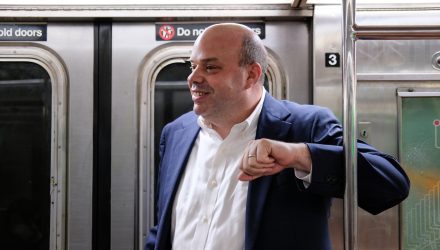 Active Managers Have Had a Better Year Than Indexes, but Challenges Remain

According to the just-released SPIVA U.S. Scorecard Mid-Year 2022 report, 55% of large-cap funds underperformed the S&P 500 Index in the one-year period ended June, or said more directly to those who have stayed loyal to active funds, 45% outperformed, and 48% did so in the first six months of 2022, for those who prefer a calendar-year-only focus.

Meanwhile, the batting averages for mid-cap funds and small-cap funds relative to the S&P Mid-Cap 400 and S&P SmallCap 600 Indexes were oddly nearly identical, with 46% and 45% outperforming in the most recent 12-month period, respectively. In its report, S&P Dow Jones Indices noted that high equity dispersion in 2022, a measure of how spread out the returns of the constituents in a benchmark are, created greater possibility of generating above-average performance through judicious stock selection. However, the recent success is not consistent with the longer-term investing trend, in part due to the high fees active funds charge and the difficulty in consistently finding winners.

Just 16% of large-cap funds outshined the S&P 500 over five years, while 10% and 7% did so over the last 10 or 20 years. A long-term perspective, which is what most mutual funds are built for, was also not kind to the average mid- and small-cap fund.

A mere 20% and 6% of mid-caps outperformed the S&P MidCap 400 Index over the past 10 and 20 years ended June 2022, while only 9% and 6% of small-cap managers found enough hidden gems over these decades to keep up the benchmarks.

These trends should be of little surprise to many ETF-focused advisors or readers of this Experts Insights page, as VettaFi covered these topics based on year-end 2021 figures and more in a pre-release of the SPIVA data and some lessons we learned. In that piece, we noted that ETF demand has swelled in the past two decades due in part to the challenges active managers have faced. Advisors and end clients decided it was better to replicate the S&P 500 than to try and often fail to beat the index. ETFs like the SPDR S&P 500 ETF Trust (SPY), the iShares Core S&P 500 ETF (IVV), the Vanguard S&P 500 Index (VOO), and the SPDR Portfolio S&P 500 ETF (SPLG) manage over $900 billion in assets today.

While the 42-page report has lots more great data worthy of attention, and we might dive into more in the future, we’d note that mutual funds continue to disappear, either being closed or merged out of existence. One of the benefits of the SPIVA data is that it corrects for survivorship bias and notes the percentage of funds that remain. For example, there were 1,003 U.S. large-cap funds used in the research as of June 2012, avoiding double-counting multiple share classes, but only 63% had survived. Meanwhile, there were 544 small-caps, but only 66% were still around.

Though the latest SPIVA scorecard might offer reasons for optimism for managers of active equity mutual funds, we believe that advisors understand the long-term challenges in finding funds that consistently outperform the benchmark and will continue to seek out ETF alternatives.