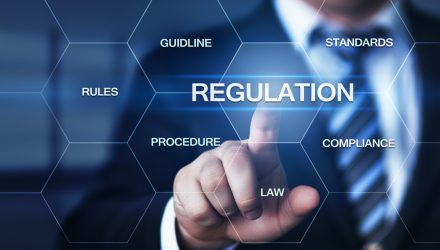 The Upside to China’s Regulations: They’re Nothing New

When regulations regarding after-school tutoring came down in China shortly after the internet sector crackdown, there were a flurry of sell-offs, and investors increasingly jumped the China investment ship. However, this isn’t the first time the regulatory hammer has swung in China, with companies invariably rebounding after, as is anticipated in the current climate.

Analyzing previous trends in Chinese markets, T. Rowe Price released a white paper that took a bird’s-eye view of why regulations are currently happening, what has come before, and what they anticipate going forward.

The current round of regulations seems to be hitting harder than previous iterations, but the authors are quick to note that “China’s stock market has experienced heightened regulatory tensions on many occasions during the past decade (in 2012, 2015, and 2018). Yet the strategic direction of travel for policy is clear and has not changed.”

China’s President Xi Jinping has been very clear and consistent in his three main objectives in policy change: anti-corruption, as seen in the technology sector regulations, environmental protection, and social equality, under which the tutoring regulations fell.

Previously, parents in China were paying steep fees for after-school care. Still, to encourage higher birth rates, regulations came down that prohibited the privatization of after-school tutoring. These gouging companies had been participating in the programs via stock markets. It was a move that was unexpected by markets regarding how much more stringent the regulations were. Following so closely on the heels of the internet sector crackdown has caused fear and uncertainty for investors in Chinese markets.

Regulations within the internet sector have been attempts to create a less monopolistic environment, as things had evolved in a way in which a handful of major players controlled the industry. By fostering more competition, there is the potential for greater innovation and growth.

“The Chinese government wants to see a better balance of power. We believe the government aims to create a more balanced operating environment between the platforms, their users, their delivery services, and their employees—basically, a more balanced ecosystem,” the authors stated.

Where China Goes From Here

The authors believe that while the current regulatory environment in China may seem more difficult, China is moving along a broadly predictable path. “The Chinese government has a number of long‑term goals, and it has long been transparent about its policy priorities—in that sense, nothing has changed,” the authors said in the paper.

China’s authorities have been clear that they would be looking into changes within the healthcare, education, and property sectors; the issue isn’t the direction that regulations went, but rather how they were enacted. This is what has caused such a reaction from markets. These are sectors that changes were expected in, but the authors believe that the current regulatory cycle should be close to finished.

The authors anticipate that good investments within the healthcare sector are in innovative companies that will continue to propel the space forward. Within property management, a push by the government to make property affordable has led to the authors’ belief in property management companies as the smart play since they would be unaffected by any further property price caps.