You are at:Home»Active ETF Channel»The Performance of Active Funds Continues to Grow 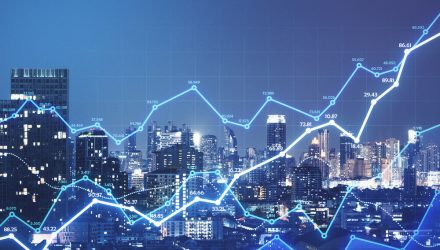 The Performance of Active Funds Continues to Grow

While passive funds have been the most popular investment option for decades, active funds continue to edge into the space, taking more and more market share as they increase in popularity. A recent report from Bank of America strategists showed that not only are active funds performing well, they are also retaining investors at the highest rate since 2014, reports Barron’s.

Outflows from active funds are at their slowest rate since 2014; in addition, 48% of active funds through July have beaten their Russell Index benchmarks year-to-date. This is the highest performance in four years, said Savita Subramanian, Bank of America’s equity and quantitative strategist.

The team of strategists found that long-only funds had less exposure to stocks that go up during inflation than the benchmarks, reflecting an overall approach by active fund managers that is less concerned with inflation than passive funds.

Where Active Managers Have Been Investing

The divide between the best-performing and worst-performing stocks has been increasing for the last year, with the spread of the quintiles staying above average for over a year, something that active managers have capitalized on.

Throughout the pandemic, active managers overweighted their funds towards stocks that saw an increase in revenue from an economy responding to more and more people working from home, while providing modest exposure to stocks that would benefit from the economy reopening. August saw a shift in that trend, though, with positions in both decreasing.

With some analysts anticipating that the S&P may begin to decline during the last part of the year after record highs for most of the year-to-date, many investors are beginning to look at value stocks to carry them through the remainder of the year. The survey revealed that most value mangers’ portfolios were increasing their weighting in communications services securities, with Facebook featuring as a heavily favored stock — nearly two-thirds of those surveyed had investment in the growth stock.

T.Rowe Price believes in the difference that active management can make. The firm currently offers five different actively managed ETFs, with expense ranges from 0.34% with the T.Rowe Price U.S. Equity Research ETF (TSPA) up to 0.57% with the T.Rowe Price Blue Chip Growth ETF (TCHP). T. Rowe Price deploys over 425 investment professionals to the field for first-hand check-ins and research with companies they invest in, and employs seasoned portfolio managers who boast an average of 22 years in the industry and 17 years with T. Rowe Price.