You are at:Home»Active ETF Channel»SPXZ, Another Actively Managed SPAC ETF, Is on the Way 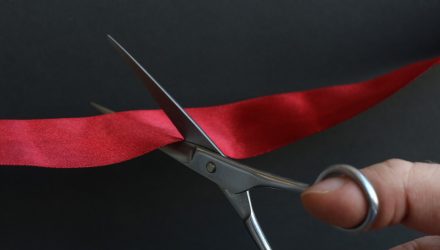 SPXZ, Another Actively Managed SPAC ETF, Is on the Way

Special purpose acquisition company (SPACs) are still all the rage on Wall Street following a brisk 2020 of blank-check activity. Exchange traded funds issuers are tapping heavily into that trend, some via active management.

“Morgan Creek and Exos are the latest companies trying to make money from SPACs, which go public and then have up to two years to merge with a company. Upon completion of a deal, that company gets the SPAC’s place on a stock exchange, allowing it to access everyday investors,” reports Amrith Ramkumar for the Wall Street Journal.

Actively managed, SPXZ will hold a mix of companies born out of reverse mergers, with blank-check companies as well as SPACs that haven’t yet announced deals.

“So far in January, SPACs have raised nearly $15 billion, eclipsing a then-record total from all of 2019, Dealogic figures through Tuesday show. They accounted for nearly half of all money raised in initial public offerings last year at $82 billion. The boom was part of a red-hot stretch in the broader IPO market,” according to the Journal.

“Both of the existing SPAC ETFs have raked in millions of dollars in recent days, with investors piling into SPACs and the startups that merge with them, according to FactSet,” adds the Journal.

Blank-check firms are hot as the IPO process is institutionalized, cumbersome, and inflexible, especially in adapting to the Covid-19 reality where virtual roadshows are less effective. With SPAC, there’s an alternative route for a company to go public, which can be cheaper, quicker, more transparent, and involves agreements and processes within greater purview and control of the company.

“Yusko said the wide gap between successful companies that merge with SPACs and failures is one of the reasons the new ETF will be actively managed. Morgan Creek and Exos will make decisions about its holdings rather than having the ETF passively tracking an index,” concludes the Journal. “They plan to put two-thirds of money in companies that went public by combining with a SPAC in the past three years and the rest in blank-check firms that are still seeking mergers.”