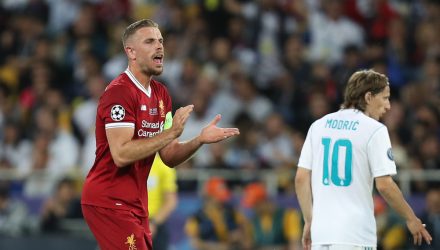 Some of the biggest news out of Europe recently concerns the potential creation of new soccer super league.

That could boost the long-term thesis for the Roundhill Streaming Services & Technology ETF (NYSE ARCA: SUBZ).

This actively managed fund provides investors with a piece of global exposure as well. As the streaming space grows across the world, active management allows the fund to adapt to rapidly changing dynamics in news and media. SUBZ holds companies from many countries.

“Announced on Sunday, the ESL was set up with 12 of Europe’s wealthiest teams in a bid to rival the UEFA Champions League format, which is currently Europe’s top annual club competition,” reports Dan Murphy for CNBC. “UEFA takes in nearly $4 billion a year from media rights across all of its competitions, according to its latest financial report. Broadcast rights made up more than 85% of total revenue, followed by commercial rights (12.8%) and tickets and hospitality fees (1.3%).”

“The Financial Times reported on Monday that ESL organizers had held early discussions with Facebook, Amazon, Disney and Comcast-owned Sky to secure broadcast deals, without elaborating on the discussions,” according to CNBC. “Facebook said Monday it is not in talks to acquire broadcasting rights, according to a Reuters report. While Amazon has secured exclusive rights to screen Champions League matches in Italy and Germany from 2021 to 2024, sources say it’s not in discussions with the European Super League at this time.”